People have different holiday traditions. Some spend that time in the same place every year with the same people. Others venture to new locales, finding exotic ways to share treasured family time.

When the children in the Kamal family returned to school after Christmas break, they no doubt had some unique stories to tell.

Inspired by one family member’s idea to help others in need, Danny and Holly Kamal found themselves in Puerto Rico with five of their seven children at Christmas, lending a hand at a level that ended up being beyond all expectations.

Their son Carson, a junior at Starr’s Mill High School, came up with idea of helping some of the people in that hurricane-ravaged territory partly because he wanted to create his own service project that would aid in his application to the U.S. Naval Academy. He enlisted the help of Mercy Flight Southeast, an organization based in Florida for which Danny has served several years as a volunteer pilot.

The organization’s mission is to provide free transportation to far-from-home medical care for adults and children. Sometimes, the mission expands to humanitarian aid. Mercy Flight Southeast was involved in fulfilling several missions to the Caribbean to deliver supplies to victims of Hurricanes Irma and Maria.

“Ordinarily, we look for pilots for our flights,” said Mercy Flights CEO Steve Purello. “This time, they came to us.”

The specific mission was in this case was twofold: delivering much-needed supplies to nursing homes on Vieques, a smaller island just off Puerto Rico’s eastern coast, and assuming the role of Santa with toy distribution to area children.

“Their biggest life-threatening needs were sanitary items for nursing homes because they didn’t have water flow, along with insulin and syringes,” said Danny Kamal. “They are making do with baby wipes because they don’t have flowing water. They don’t have access to what they need to make things sanitary.”

“We have been praying for Puerto Rico, and felt a calling to help after the horrible damage following the hurricane,” said Holly Kamal. “Toys may not seem like a necessity, but, putting a smile on a child’s face this holiday is never a waste.” 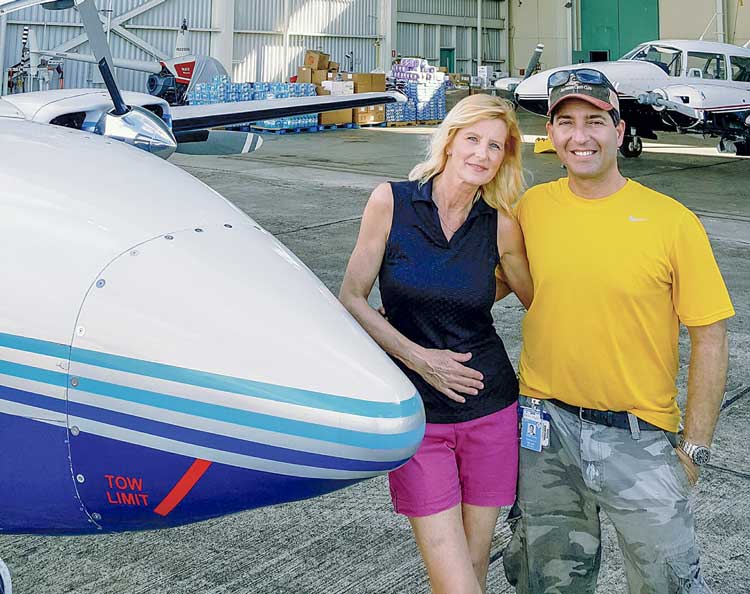 After putting out the word via social media, the Kamals soon found their garage filled with donated items and worked on a plan to get them to Puerto Rico.

“It kind of blew up on us and spread in all kinds of directions,” said Danny Kamal. “It just exploded.”

Another organization, Veterans Disaster Relief, got involved as the project grew while Mercy Flight continued its involvement as well. Flights under its banner and “angel flight” call sign have advantages with air traffic control that help make such trips more efficient.

The plan was for the family to make the trip in its own Piper Aerostar while the supplies were shipped via Delta Air Lines, with whom Danny works occasionally as a substitute reserve pilot. But they were forced to improvise in mid-December when, just as their trip was to begin, Hartsfield-Jackson Atlanta International Airport was paralyzed by a power outage which resulted in huge delays.

“It was a ripple effect,” said Danny Kamal. “All of those passengers backlogged for two or three days and the same with the freight. So there was no room for freight or people.”

Holly Kamal loaded up a truck with three of their children and the maximum amount of checked baggage allowed — 400 pounds — so they could fly to San Juan from Orlando on another airline. The other 800 pounds of supplies were loaded on the family’s plane for Danny to fly down two days later with their two smallest children. All of them were on the ground by Dec. 22, and another step of improvisation allowed the family to help in an unexpected way once they were there.

“Water is the least-productive thing to take because it takes up so much weight in a small space, so we tried to concentrate on water filters instead of bottled water,” said Danny. “Again, adapting to the situation at hand, we were able to find a church in Puerto Rico full of pallets of bottled water that just wasn’t getting distributed for whatever reason. We asked them if we could take it and they said yes.”

Holly rented a box truck and took seven pallets of water and non-perishable food as close to Vieques as possible, and they spent a few days getting them on from there.

“We didn’t really have a plan for how long we’d be there,” said Danny. “I think we started with a four-day plan and it ended up being eight days.”

Their stay included a simple Christmas dinner with items from a local grocery store (one of the few places open) prepared in their rented condo and enjoyed as a family. They returned to Fayette County Dec. 28.

But the need in Puerto Rico continues, as does the family’s involvement. Holly Kamal is now working with Veterans Disaster Relief, coordinating another shipment bound for Vieques since what was taken down on the original trip will run out quickly.

“They’re saying it will be five years before the power companies even get there [to Vieques],” said Danny. “I hope this inspires other pilots to join and even create new missions. They could use a continuous stream of these missions for the foreseeable future.” 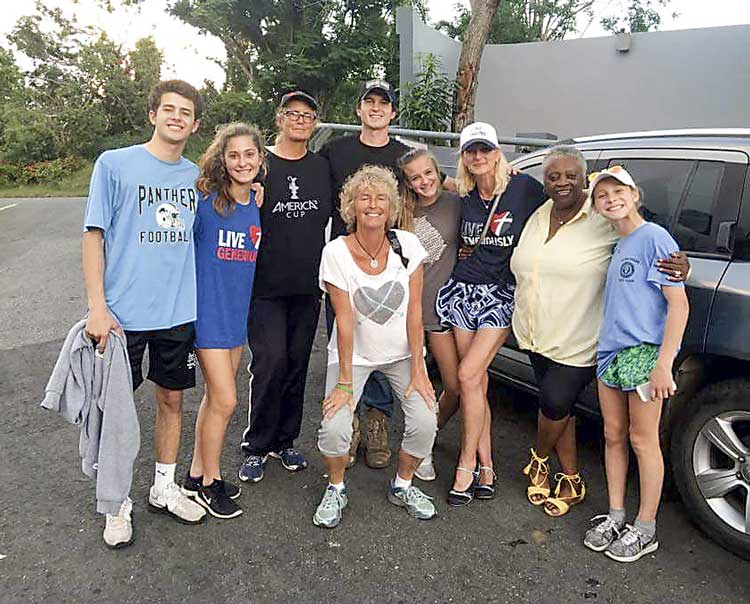