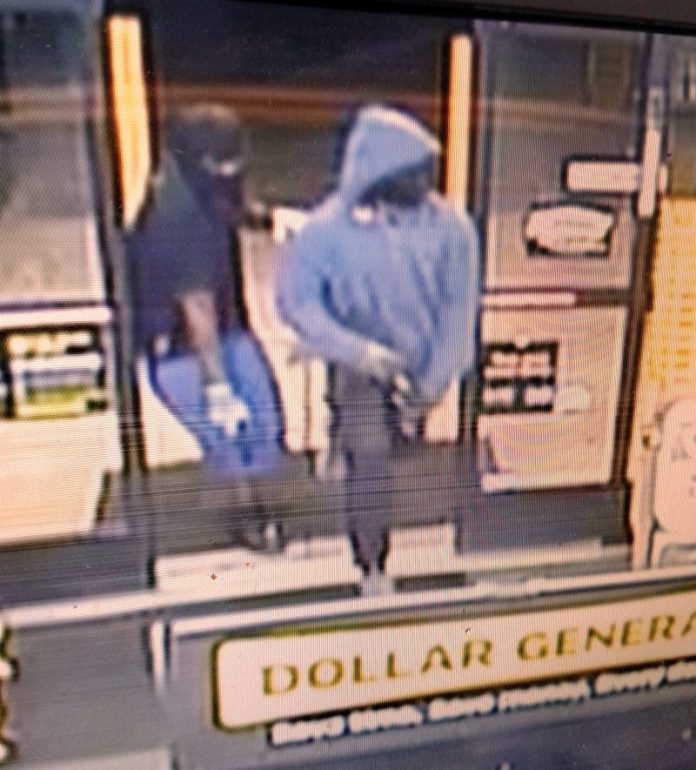 Two armed robbers who struck the Dollar General store in Fayetteville on Sept. 19 are being sought by Fayetteville police. There were no injuries in the incident.

“The men came into the store brandishing firearms and demanding money from the register and safe,” said Whitlow.

The suspects left the store with an undisclosed amount of cash, fleeing the area in a gray, four-door sedan with a University of Florida, Georgia issued, license plate, Whitlow said.

No one was injured in the robbery, Whitlow added.