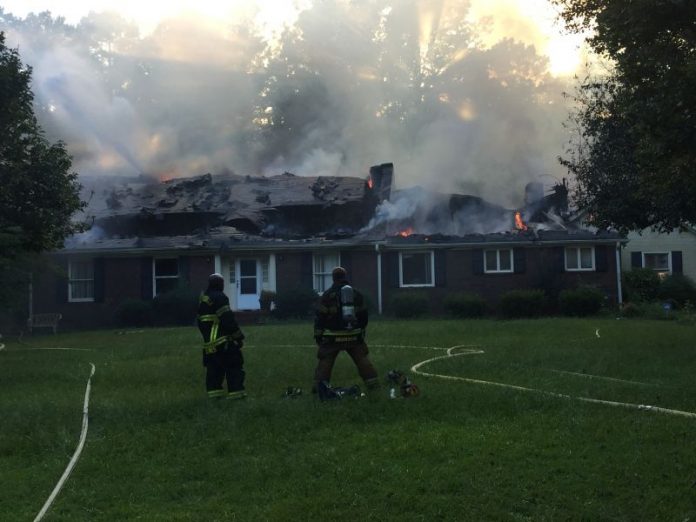 A Sunday afternoon fire at a Burch Road residence in Fayetteville left the home a total loss but came with no reported injuries.

No injuries were reported, though Bartlett said the home will be a total loss. He said some of the occupants were at home when the fire began.

Bartlett said the Red Cross is assisting the family.

Multiple apparatus such five engines, a ladder truck and two medics responded to the blaze.

The cause of the fire is under investigation, Bartlett said.