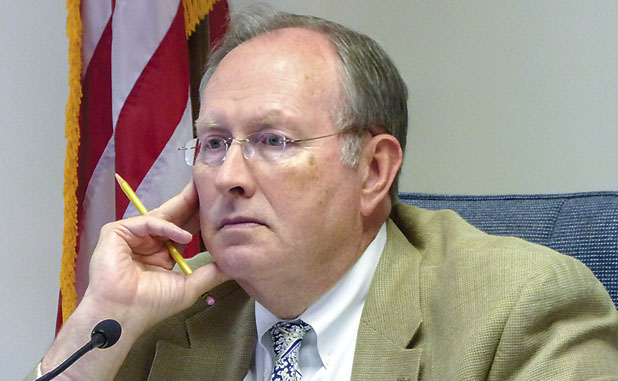 A March 27 television interview with an unsuccessful bidder for turf fields at four Fayette County high schools had the bidder saying he “smelled a rat” and Fox 5 saying they could not get answers about the bid choice. The Fayette County School System fired back with a letter on March 28 saying the media outlet chose to “make” the news rather than “reporting” the news.

The Fox 5 story dealt with an interview with a Sprinturf Inc. representative whose company was one of eight bids received to install turf fields at four of the county’s high schools.

Fox 5 said it repeatedly attempted to reach the school board about the choice to award the contract to Precision Turf for $3.06 million, approximately $500,000 more than the bid by Sprinturf.

Fox 5 arrived at a recent board meeting to get answers and was told by Superintendent Jody Barrow and board members Barry Marchman and Leonard Presberg to speak with public information officer Melinda Berry-Dreisbach. The report noted that Berry-Dreisbach was contacted and had “no comment.”

“We called. We emailed. We were ignored. So we went to a recent board meeting. We were met with silence, and we were told to talk to the public information officer. She refused to talk with us,” the Fox 5 report said.

Superintendent Jody Barrow on March 29 released a letter to faculty and parents. The position of the school system in response to the news item was equally as cutting as the Fox 5 report.

“You may be aware of a recent FOX 5 News report regarding the turf fields that are being installed at our high schools. Sadly, the media outlet has chosen to ‘make’ the news rather than ‘report’ the news. While it is not in the district’s best interest to cater to the metro media market, it is important to us to educate our local media, stakeholders and taxpayers and the Fayette County School System staff,” Barrow said.

Barrow said a vendor (Sprinturf) who did not win the bid approached the media to push an agenda that was self-serving, which prompted the story. We are the second metro Atlanta system that has been singled out by this particular vendor with a story airing on FOX 5 News, Barrow said.

“The school system has specific bid polices in place that are in compliance with state law, and we are compelled to follow them. While the policies point to the lowest bidder, they also state that the lowest price alone will not be the sole determining criteria in the selection process,” said Barrow.

Barrow in the letter described the bid-vetting process conducted by the school system’s finance, facilities, purchasing and operations staff.

“During the bid review process, it became clear that the lowest bid was not the best bid. Many times the low bid can turn out to be more expensive in the long run,” Barrow said. “The review committee felt this was the case with this request for proposal, and ultimately made the recommendation of the best bid to the superintendent. After reviewing the process, the superintendent found the review committee’s work to be in line with Fayette County’s Board of Education policies, and made the recommendation to the board to proceed.”

Barrow also took aim at the Fox 5 information requests and the reporter’s statement that Berry-Dreisbach refused to speak with him.

“The media outlet made a big deal about the school system’s lack of response, when in fact all documents and information requested through the (Georgia) Open Records Request act were supplied. It is standard operational procedure for our district to funnel Open Records Requests through one point of contact, and for the school system it is Public Information Officer, Ms. Melinda Berry-Dreisbach,” Barrow said in the letter. “At no point, did Ms. Berry-Dreisbach ever refuse or say ‘no comment.’ The footage shown of her is from an unrelated story that another FOX 5 News reporter did earlier in the school year.”

It was in the fall that the contract to install turf fields at all high schools except Sandy Creek was approved by the school board. A multi-part scoring methodology, a rubric, is used to evaluate and score bidders for school system construction projects.

The company scores and bids for the turf fields included:

Assistant Superintendent Mike Sanders on Thursday noted several reasons why the lower bidders received lower scores and were not selected for the turf contract. Among those were contractual concerns about future maintenance issues, drainage technology with the drainage fabric, project plans and timelines and references obtained by calling other non-listed school systems for whom the bidders had done work.

Pertaining to the Fox 5 report noting the absence of a performance bond by Precision and the statement by the Sprinturf interviewee that a lack of that bond would be an automatic disqualifier, Sanders agreed that, initially, Precision did not include the bond but did subsequently provide it to the school system.

Noting that while not supplying a performance bond is not an automatic disqualifier, Sanders said Precision would have been disqualified if it had not provided the bond.