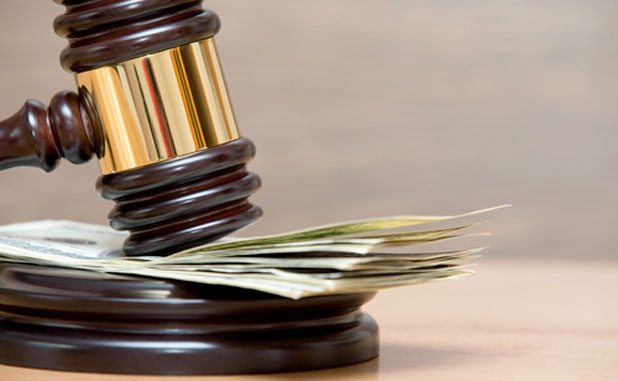 Appraiser and former Fayette County Republican Party Chairman Lane Watts has been cited for violations of state election laws, with the Georgia Office of State Administrative Hearings assessing a civil penalty of $5,000 against him.

According to the hearing document filed Feb. 6 by Administrative Law Judge Ronit Walker, the decision resulted in Watts being ordered to pay a civil penalty of $5,000, to cease and desist from committing further violations and to be publicly reprimanded for his conduct.

“We’re weighing the options, including a request for a motion to reconsider or an appeal,” Sparks said.

Watts served as chairman of the Fayette County Republican Party from 2007-2010, a position from which he resigned, according to hearing document.

Watts in September 2011 changed his voter registration address to the Peachtree City home, where he allowed the renter to stay and became his roommate. Six months later, in March 2012, Watts moved back to his mother’s home in Fayetteville.

Watts could have terminated the renter’s lease but chose not to exercise that option, the hearing document noted.

A second renter at the Peachtree City residence moved into the Peachtree City home in early September 2011 and moved out in March 2012. That renter said Watts did not live at the residence between those two dates and only met Watts when he was called to testify during legal proceedings.

The hearing document said Watts in February 2012 was elected as a delegate for the Peachtree City precinct where the Gelding Garth home is located. Watts also voted in the Republican presidential primary in March 2012 while registered at the Peachtree City location. The day after the primary Watts submitted a change of address to reflect that he lived at the Fayetteville home, court documents said.

The Fayette County Republican Party was subsequently asked to conduct a hearing on the matter. Long-time local Republican Marilyn Watts, Lane Watts’ mother, said he moved from the Fayetteville home to the one in Peachtree City in September 2011 and returned to the Fayetteville residence in February or March 2012. Two other witnesses said Lane Watts was living at the Peachtree City residence in late 2011.

The State Election Board determined that Watts submitted the change of address, falsely affirming that he changed his residence from Fayetteville to Peachtree City.

The board asked the administrative law judge to issue a civil penalty of $5,000, to issue a cease and desist order and to call for a public reprimand. Judge Walker agreed and issued the sanctions.