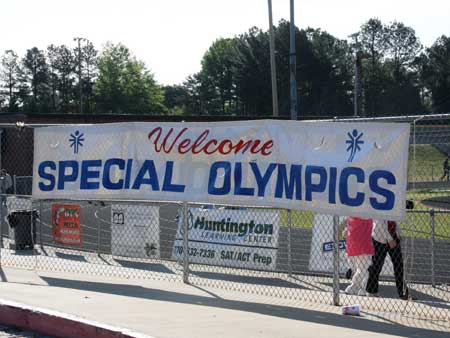 It has been a busy couple of months for the athletes of Fayette County Special Olympics.

It started in August in Warner Robins for State Masters Bowling for ages 22 and older.

Sailing in a Level 3 competition, where an athlete drives the boat in the back were Erin Hoffman, Buddy Croft, and Alan Sloman. They received a gold medal.

Sailing on a 420 boat was Joshua Edwards and Stephanie Lise.  They came in fourth.

Sailing in a Level 1 competition, where the athlete is in the front of the sailboat and a unified partner is driving the boat in the back:

Unfortunately, the rest of the crew weren’t able to complete races, but had a great time out on the water. Each of these teams received a participation certificate: