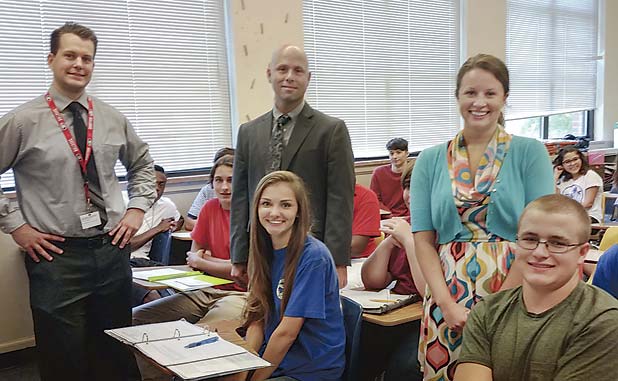 Northgate High School and Newnan High School have been ranked among “America’s Most Challenging High Schools,” in the Washington Post 2016 index of the nation’s top secondary schools.

East Coweta High was not ranked in the Washington Post index.

Only about 11 percent of the nation’s high schools make the annual index, which tracks overall student participation in college-level exams such as Advanced Placement subject tests. 143 Georgia high schools were included on this year’s “Most Challenging” list., said school system spokesman Dean Jackson.

“America’s Most Challenging High Schools” ranks schools through an index formula that’s a simple ratio: the number of Advanced Placement, International Baccalaureate and Advanced International Certificate of Education tests given at a school each year, divided by the number of seniors who graduated that year.

“They set high standards for their students. They are fun classes, but their students are definitely prepared for the AP exams in their subjects. They have a large number of students who take the tests, and a high passage rate,” said Newnan High Principal Chase Puckett of AP teachers at the county’s three high schools. “Our goal here is to encourage students to take the most challenging coursework they can handle and give them the support they need to succeed.”

It was the fifth year since 2012 that Northgate High made the list, and the first year for Newnan High School. East Coweta High did not appear this year, but has been listed in the index three times since 2012, Jackson said.