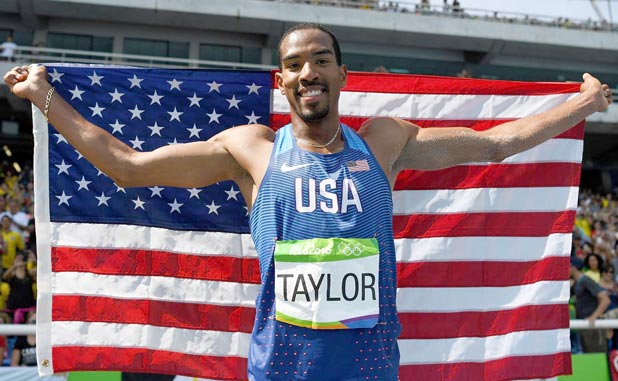 Sandy Creek HS graduate takes Olympic gold medal in triple jump
Christian Taylor has won his second straight Olympic gold medal in the triple jump.
The Sandy Creek graduate took the title on the strength of his first jump in the final Tuesday morning in Rio, which went 17.86 meters, or 58.59 feet.
For perspective, that’s longer by four-and-a-half feet than the longest tractor-hauled trailer allowed on American roads.
His former University of Florida teammate Will Claye took the silver. Taylor and Claye finished 1-2 in the 2012 Olympics in London.
See more about Taylor’s performance in the weekend edition of The Citizen.