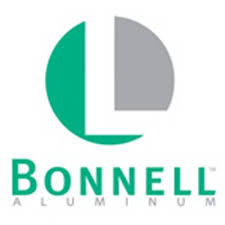 Several employees at the Bonnell Aluminum Plant in Newnan were injured Wednesday morning when an explosion occurred that could be felt in portions of downtown Newnan.

City of Newnan spokesperson Gina Snider said the explosion occurred at approximately 9:15 a.m. The explosion blew off the roof of the casting area at the facility, Snider said.

Two employees were life-flighted while three others were transported by ground for medical treatment, Bonnell said.

Snider noted that there were no hazardous materials involved in the blast.

The investigation into the cause of the blast is ongoing, said Snider.

A statement issued by Bonnell read:

“This morning at approximately 9:15 there was an accident in the casting area at the Bonnell Aluminum Plant in Newnan, Georgia. The plant immediately notified 911 and implemented our emergency response plan which calls for an evacuation of the area. During that process, we discovered that five employees were injured in the incident. One was airlifted to Atlanta Medical Center in Atlanta; two others were transported to the local hospital and two were treated on site. We are now in the process of notifying family members and offering whatever support they need during this challenging time. We will not release the names of the individuals until given permission by the families.

At this time, it’s too early to speculate on what caused the accident but we are working closely with local fire officials and others to conduct a thorough investigation. The safety of our employees is our number one priority so we have temporarily shut down our operations until we can assess the situation.”

Sgt. Chris Robinson with the Newnan Police Department said a wealth of first responders from city and county fire services and law enforcement and those from neighboring areas arrived at the scene and provided assistance.

“Our community responded in a big way. We were contacted by local nurses and others who volunteered their time to assist with the scene. Local businesses stepped up and donated supplies from water and drinks to food to the (Bonnell) employees as well as first responders,” Robinson said, noting that area businesses also provided assistance in the form of meals and water for first responders. “We thank everyone who responded and assisted and we truly appreciate the community effort and support that allows us to do our jobs effectively.

The facility is located off Henry Street near Temple Avenue.

A long-time presence in Newnan, construction of the current facility began in 1953, according to Bonnell.