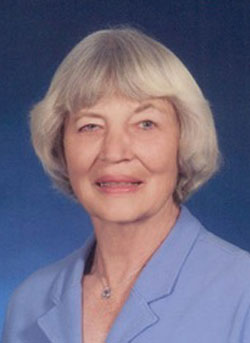 She was born October 15, 1934 to the late Benjamin Joseph and Alberta Woodson Jackson. She graduated from Marietta High School in 1952 as Salutatorian of her class. She graduated with an Associate Degree from West Georgia Junior College in 1954. She made the Marietta Athletic Hall of Fame. She was inducted as a member of the Girl’s Basketball 1951 State Championship Team and named all state guard in her senior year. She was employed with Lockheed Aircraft for three years and Fulton County Board of Education for 20 years (5 years as a paraprofessional in Chapter 1 Reading Program and 15 years at Jo Wells and Hapeville Elementary School as an Assistant with ESOL Program).

She was preceded in death by her husband of 46 years, John Vaughn.

Those wishing may sign the online guestbook at www.parrottfuneralhome.com.