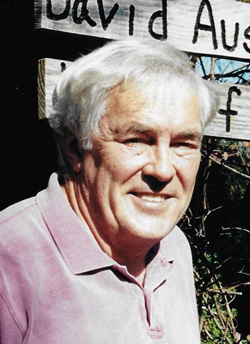 Funeral services will be held at 11 a.m., Saturday, February 27, 2016, at Monroe County Memorial Chapel, with visitation being held one hour prior to the service.  Burial will follow at 3 p.m., at Harrelson Family Cemetery, Harrelson Cemetery Church Road, Helena, Ga.  Rev. Jerry Eiland will officiate.

Mr. Atkinson, the son of the late John Fuller Atkinson, Sr. and Ellen Ruth Harrelson Atkinson was born September 12, 1939, in Macon, Ga. His son, Johnny Atkinson and his three sisters preceded him in death.  He was a graduate of Mary Persons High School and a graduate of Tift College, being in the first co-ed graduating class and also being the first male to receive his diploma.  He was retired from the United States Post Office with thirty-five years of service, serving as postmaster for the Juliette Post Office for twenty six years. He worked at Harp Farm Wholesale Nursery in Fayetteville as a plant propagator. He also ran his own nursery, Towaliga Plants, specializing in native plants and hard to find perennials for seventeen years. After closing the nursery he worked several years for Dausett Trails Nature Center in Jackson, Ga. His love of plants comes from his mother. Mr. Atkinson was a veteran of the United States Air Force.