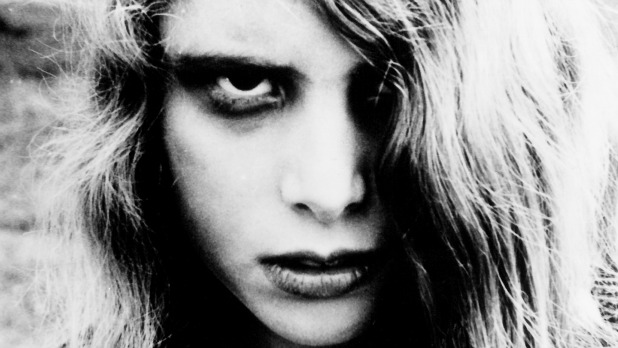 Zombies are more popular than ever, especially in Coweta County, home of the smash TV show “The Walking Dead,” but did you know that there might not even be a “Walking Dead” or a “Zombieland” if not for an accident involving the copyright of the progenitor of modern zombies, “Night of the Living Dead”?

The 1968 George Romero film – which is being shown Wednesday, Oct. 28, at 7 p.m. at the Newnan Depot by the Newnan-Coweta Historical Society – is the basis for the modern zombie flick. The cult film serves as the seminal modern zombie film and a movie that single-handedly changed horror movies forever.

Prior to the release of the film in 1968, zombie movies focused on “voodoo zombies,” which meant living victims that were turned into slaves by supernatural forces. “White Zombie”, released in 1932, is perhaps the best-known example of that genre.

“Night of the Living Dead” changed that by rebranding the zombie into a undead killer that hungers for human flesh (or brains). It also established much of the lore that surrounds modern zombies, such as the idea of having to destroy the brain of a zombie to kill it, zombies being afraid of fire and so on. This, to most horror buffs, is known as the “Romero Zombie” or the “Slow Zombie.”

Nearly every zombie movie since 1968 owes its roots to “Night of the Living Dead,” even those that deviate from the formula. However, that might not have been the case if not for a screw-up with the copyright of the original film that caused the movie to be released into the public domain.

The first prints of “Night of the Living Dead” didn’t use the title we know it as today. Instead, it referred to the movie as “Night of the Flesh Eaters”, one of the working titles of the movie. However, before release, the title was changed to its more familiar version but, when changing the title card, the distributor forgot to put the copyright notice on the final print. Though that would not be a large issue today (the Copyright Act of 1976 removed all notice requirements), in 1968 that meant the movie was not protected by copyright and, instead, was placed immediately into the public domain.

As a result, reports say that George Romero, the movie’s co-writer and director, saw little money from the film, despite it grossing some over $30 million at the box office. Despite the legal flub, the movie was still a major success.

Copyright, or the lack thereof, played a tremendous role in the development of the modern zombie film, helping to ensure that the dead can keep rising in film after film. All in all, hundreds of zombie movies have been made that built upon “Night of the Living Dead” in one way or another, ranging from low-budget films to blockbusters.

See the film for free at the Depot if you dress as a zombie. Non-zombies must pay a $5 brain-eating fee. The Depot is at 60 East Broad Street in Newnan.