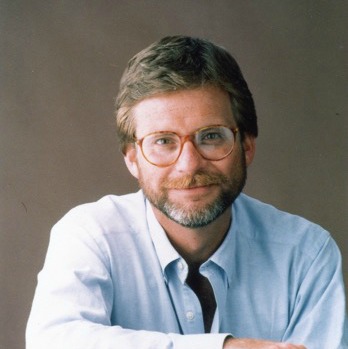 Moreland’s Hometown Heritage Museum throws open its doors to the public Saturday, Oct. 24, for a first look at the unique museum which salutes popular author Lewis Grizzard and his beloved hometown.

Grizzard was a newspaper journalist, sports editor and feature columnist whose work was syndicated in over 400 newspapers. He wrote humorous columns about his childhood, personal adult life and politics from a unique personal point of view. He is considered by many the “Mark Twain” of his time.

Born Oct 20, 1946 at Ft. Benning, Lewis moved to Moreland as a youngster. He claimed the town as home. He made it ‘everyone’s hometown’ by popularizing the place and its people in his daily syndicated newspaper column. As Lewis described it, Moreland is a place everyone recognizes because we all know ‘a Moreland,’ a small town.

Many of the places featured, like the Train Depot and the General Store, are the places Grizzard described often in his writing. The museum includes a ‘visit’ to Lewis’ childhood 1950s brick ranch house filled with memorabilia collected by the former Lewis Grizzard Memorial Trust, his family, friends, and his estate. Some of these items will be seen by the public for the first time when the museum opens.

The Grand Opening for Moreland’s Hometown Heritage Museum Oct. 24 commemorates the author’s birthday. Activities begin at 9 a.m. with a Country Catfish Breakfast, in honor of the writer’s beloved and famed Labrador retriever named “Catfish.” Fun and festivities continue all day including live music by the Newnan Brass and the Moreland Elementary School Choral Group and Lewis’ favorite foods will be on sale all day – like catfish, hot dogs, and home-made sweets.  Free tours of the new museum will be available all day. Lewis’ writing will be performed by area actors at 11 a.m., 1 p.m. and 3 p.m.

Moreland Trivia will be played at 11:30 a.m. and 1:30 p.m. for door prizes. The first 100 visitors will receive a free piece of cake to celebrate Lewis’ birthday and the opening of the museum. The cake is being donated by cake artist Donna McCoy. Families also will enjoy the annual “Pumpkin Patch” activities at the church Lewis attended as a child, the Moreland United Methodist Church, which is within walking distance of the new museum.

Moreland’s Hometown Heritage Museum is located in Historic Moreland Mill, a complex of unified commercial buildings from the 1890 era. The complex is listed on the National Register of Historic Places.

The former hosiery mill recently received a half million dollars of renovation by the Town of Moreland to stabilize and improve the structure. The Mill is a municipal building of 20,000 square feet which also houses Town Hall and features community assembly and event rental spaces.  Moreland’s Hometown Heritage Museum occupies 8,000 square feet of the complex in the two story ‘mercantile’ building. While ‘old Moreland’ is featured on the first floor, the second floor of Moreland’s Hometown Heritage Museum will house the museum collection of Lewis’ personal effects and memorabilia in half the floor space.

The remainder of the upper floor space will host a media center honoring the works of Lewis Grizzard and Erskine Caldwell, the town’s other famous author. This space will make available both authors works in print, audio, video and other formats. Other select Georgia authors also will be represented. The second floor exhibits are being developed.

As part of the Grand Opening Celebration for the new Moreland Hometown Heritage Museum, a live auction will be held Friday, Nov. 13, at Moreland Surplus and Sales on U.S. Hwy 29 at the southern end of the town. Items to bid on at the auction include sports memorabilia, donations from Coweta retailers and service providers. Auction items will be on display at 5 p.m. and bidding opens at 7 p.m.

Moreland Surplus and Sales is donating its services. Proceeds from the event benefit the Moreland Cultural Arts Alliance which is the nonprofit organization developing the museums in Moreland.

Lewis Grizzard wrote 21 books, 18 of which were New York Times bestsellers. He performed standup comedy and television roles, wrote songs and was an accomplished athlete. He began his career as a sports writer/editor. He spent most of his newspaper writing years at the Atlanta Journal/Constitution. He became the youngest sports editor to work at the paper at the age of 23. Grizzard suffered from congenital heart disease and died after heart surgery in 1994 at the age of 47.