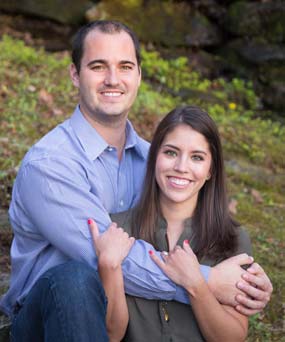 Robert and Beverly Argumosa of Peachtree City, announce the engagement of their daughter, Brianna Argumosa, to Darryl Howery, son of Darryl Howery Sr. and Kelly Givens.

Brianna is the granddaughter of the late Maynard and Frances Mitties of North Bend, Neb. and the late Oscar and Anna Argumosa of Chicago, Ill.

She graduated from McIntosh High School in 2005, and from The University of Georgia in 2009 with a bachelor’s degree in management. She is employed by Delta Air Lines as a senior analyst.

Darryl is the grandson of Tony and Jean Fuld of Loganville, and Barbara Jean Howery of Goldsboro, N.C.

He graduated from Loganville High School in 2007, and from The University of Georgia in 2011 with a bachelor’s degree in management of information systems.  He works as a consultant for a software company.

The couple will be married at Dunaway Gardens in Newnan in October.