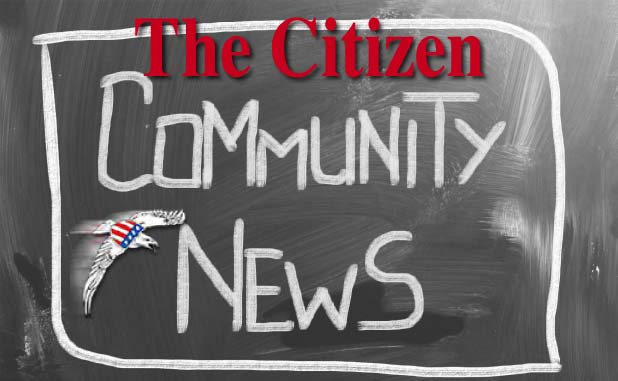 The McRitchie-Hollis Museum is celebrating National Poetry Month with an evening of poetry on April 21 at 7 p.m.

Poets for the night’s event include Alice Teeter of Pine Lake, Russell Streur of John’s Creek, Scott Wilkerson of Columbus, and Newnan’s own Melissa Dickson Jackson.

“We did something similar last year and we thought we would continue the tradition, but this time with even more poets, and moving the venue to the beautiful McRitchie-Hollis Museum,” said Jeff Bishop, executive director of the Newnan-Coweta Historical Society.

Jackson and Wilkerson recently completed work on a new poetry anthology. Jackson has also written her own anthologies.

Scheduled just prior to Earth Day, the selected poems may include a “nod in the proceedings,” Jackson said. “This doesn’t mean that the poems need to be environmental in theme,” she said, “but just a mild cognizance of the impending solstice, connection, human experience, time, cycles — all the things poetry already is.”

Russell Streur’s poetry has been widely published.  He is a member of the Georgia Poetry Society and was awarded certificates for excellence by that organization in both 2012 and 2013.  He operates the world’s original on-line poetry bar, The Camel Saloon (http://thecamelsaloon.blogspot.com/ ), which was voted as the best poetry zine on the web in 2013 and 2014.

Alice Teeter holds a degree in Creative Writing from Eckerd College, where she studied poetry with Peter Meinke. Her chapbook entitled “20 CLASS A”was published in 1975 by Morningstar Media, Tallahassee, Florida. Teeter’s collection of poems entitled String Theory won the Georgia Poetry Society’s 2008 Charles B. Dickson Chapbook Contest, judged by poet Lewis Turco. Her book When It Happens To You . . . was published in 2009 by Star Cloud Press. She was Lecturer in Poetry at Emory University in Atlanta, 2011-2013.

Teeter is a member of the Artist Conference Network, a national coaching community for people doing creative work and also of Alternate ROOTS, a service organization for artists creating community-based work in the Southeast. She has led ‘Improvoetry’ workshops with Lesly Fredman, using improvisation techniques as poetic inspiration and poetry as a springboard for further improvisation.

Wilkerson teaches at Columbus State University and is widely published. He holds an MFA in Creative Writing from Queens University of Charlotte.

Inaugurated by the Academy of American Poets in 1996, National Poetry Month, held every April, is the largest literary celebration in the world with schools, publishers, libraries, booksellers, and poets celebrating poetry’s vital place in culture.