One of Fayette County’s biggest economic engines is getting ready to add more square feet and more jobs to its campus.

The new $32 millon addition will add more than 83,000 sq. ft, including an expansion of the emergency room, an additional 51 beds that can accommodate dialysis patients, along with nine observation beds.

The expansion plans also call for the capacity to add two additional floors and a penthouse, to house some of the hospital’s wiring and mechanical equipment, said Piedmont Fayette Hospital CEO Michael Burnett.

The hospital currently employs more than 1,400, and that number is expected to increase in later years.

Burnett said the hospital has already acquired its state-mandated Certificate of Need for the expansion of the emergency room and expects the state to sign off on the additional expansion efforts any day. He anticipates groundbreaking to occur in the next three months with opening day set for the middle of 2016.

“We’re at capacity now, and this will help us better serve our patients,” Burnett said. 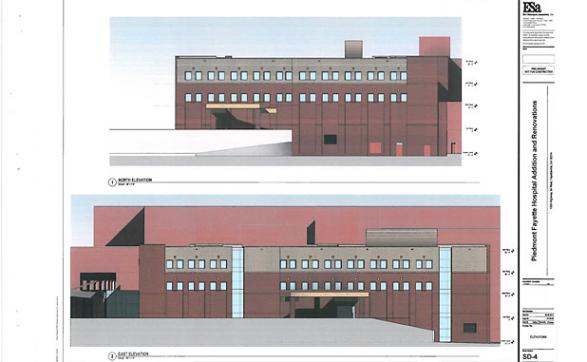