History was made in Fayetteville on Aug. 1 when the annexation and rezoning of approximately 1,200 acres on the city’s west side received a unanimous vote by the City Council.

Approximately half the acreage was zoned PCD (Planned Community Development) while the remaining half received an R-70 (large-lot residential) zoning.

Specific to the annexed property were a dozen guiding principles to be utilized in the approval of future development. Pinewood Atlanta Studios, now under construction, is situated on the PCD-zoned property along Veterans Parkway and Sandy Creek Road.

The annexed properties extend along Ga. Highway 54 from east of Sandy Creek Road and to the west to Tyrone Road, and along both sides of Veterans Parkway from Hwy. 54 to Sandy Creek Road.

The entire annexation area includes 1,186 acres, of which approximately 576 acres received PCD zoning. Those parcels include the 290-acre Pinewood Atlanta Studios property on Sandy Creek Road/Veterans Parkway, a 97-acre parcel directly to the south owned by Shirley Adams Horton, a 28-acre parcel that includes the former Rivers Elementary School to be purchased this month by Rivers Rock, LLC/Pinewood for use by the studio as an educational component, the adjacent 44-acre property owned by Rivers Rock/Pinewood and a 117-acre parcel on the east side of Veterans Parkway proposed for the Pinewood residential campus.

The remaining parcels requesting annexation totaled approximately 610 acres and were approved for R-70 zoning. Those parcels are located on the east, west and north sides of Piedmont Fayette Hospital and are situated south of the PCD-requested properties.

Fayetteville Community Development Director Brian Wismer at a recent meeting said the property to be annexed represents the last prime developable property in Fayette County, in that it has proximity to both Fayetteville and Peachtree City.

Prior to the Aug. 1 annexation vote, Wismer outlined a number of guiding principles for the development of the west Fayetteville area, noting the perspective that the area is seen by Fayetteville, Fayette County and the Fayette County Development Authority as more of a job center than a residential hub.

Commenting on the guiding principles, Wismer said they include:

• Creating a job center and tax base with concentration on supporting growth for film and hospital/medical uses;

• Pedestrian and bicycle/cart path connectivity to facilitate interaction between job centers and new and existing development;

• Limited-scale retail to support other uses as needed, but most new commercial/retail should be directed toward existing, under-utilized commercial centers;

• Limited residential uses to support a segment of the demand created from new employment centers;

• Avoid an abundance of commercial/retail and residential development that would compete with existing resources in Fayetteville, Peachtree City and Tyrone;

• With the exception of the lakefront property, avoid larger, outdoor public gathering spaces, but encourage smaller pocket parks to serve new development; and

• Where appropriate, maintain rural character in terms of architecture and signage.

All on the council offered their thoughts on the annexation proposal prior to the vote. Councilman Paul Oddo said he believed the annexation would be a benefit to the city, adding that he would have preferred that the R-70-zoned property be annexed at a later date.

Councilman Ed Johnson said he takes citizens’ concerns seriously, referencing the guiding principles that have been established to serve in the development of the annexed properties.

“We will consider all factors and we will be held accountable,” Johnson said.

In his comments, Councilman Larry Dell said, “The opportunity to master plan an area of this size is very rare and a unique opportunity.” Dell referenced the upcoming master plan that will determine which types of development will be most appropriate in the various annexed areas.

Councilman Mickey Edwards noted his hope that a higher education system and medical training opportunities such as nursing training will develop so area residents can stay in the county and find good-paying, steady jobs.

Councilman Walt White said the annexations would essentially serve to facilitate others to look at the area and potentially want to move their operations to the city.

“The economic benefit will be huge,” Clifton said, noting that more than 150 movie and television-related companies have inquired about locating in the city.

Clifton acknowledged that not all area residents will be happy with the annexations and that some residents will be impacted, adding that property owners have the right to develop their property. Clifton emphasized that the city would do its best to ensure the coming development maintains a high level of quality.

Prior to the vote there were two members of the public speaking in favor of the annexation and three opposed.

Speaking in favor, Fayetteville resident Ennis Laney said the city and county would face a daunting financial situation without the presence of Pinewood.

“I hope the new people will live in Fayetteville,” Laney said, noting the progressive thinking required to approve the annexation. “I want the council to help keep the city viable.”

Below, Ennis Laney speaks in favor of the annexation. Photo/Ben Nelms. 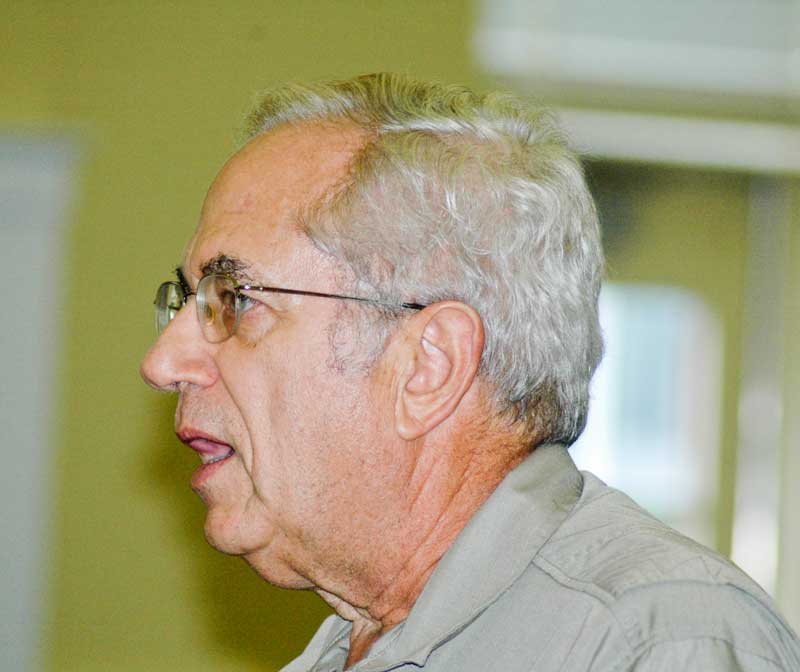 One of those opposed to the annexation was north Fayette County resident Ginga Smithfield.

“A whole lot of humanity and their cars can be packed into the (PCD) acreage,” Smithfield said, adding that she was opposed to the annexation of the entire 1,200 acres. “I’m concerned about high-density and (one-percent sales tax) funding for infrastructure.”

Below, Ginga Smithfield speaks in opposition to the plan. Photo/Ben Nelms. 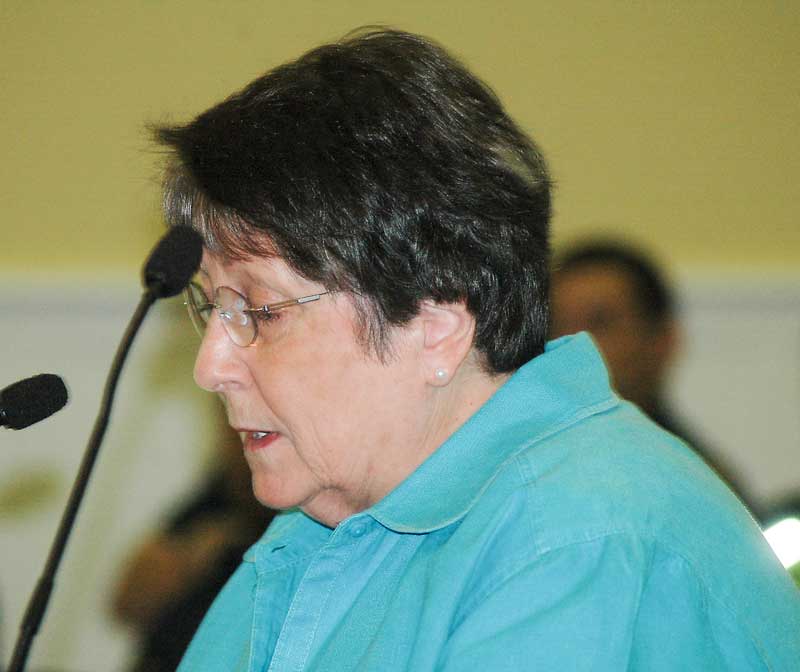 Of significance with the annexation, which will increase the size of the city’s area by 19 percent, is that it will enable Pinewood Atlanta Studios and several affiliated parcels to have sewer access once sewer lines are installed in the coming months.

“The need for sewer service at this location necessitates that the property be located within the city limits to have access to the city’s sewer system,” Wismer said at a recent meeting. “Because the studio property is not directly contiguous to the city’s current borders, other parcels must also be annexed to make this direct connection. In addition, the city has received annexation requests from other contiguous property owners.”

The annexation and rezoning will be effective Sept. 1.