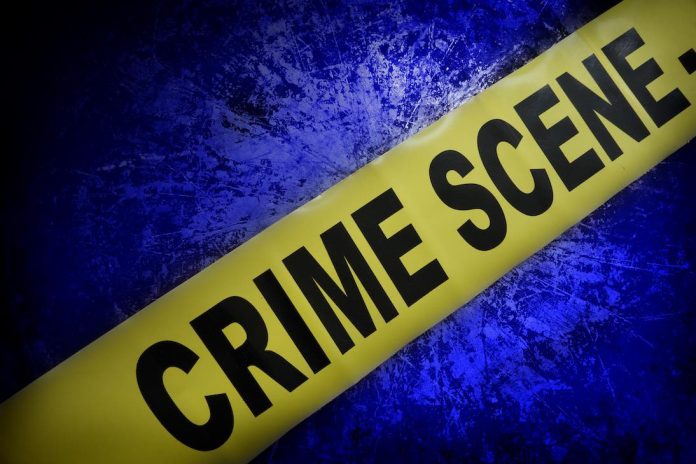 UPDATED 10:30 A.M., May 5 — A Fairburn man is now charged with murder in the “domestic-related” shooting death of a CVS employee outside the Peachtree City pharmacy where he worked, Peachtree City police said Thursday.

Murder suspect Marlon C. Jones, 45, of Fairburn, was arrested at the scene of the shooting before 8 a.m. May 4.

The body of the shooting victim — Donell Hicks, 35, of Newnan — was found outside the entrance to the store where he worked, CVS Pharmacy, 101 Lexington Circle, according to Peachtree City Police Department spokesman Chris Hyatt.

Both men knew each other, Hyatt said. “This is domestic related and there is no further public concern for anybody in the area. It is completely contained and isolated to the specific events that occurred at that time and nothing further,” Hyatt said shortly after the shooting.

The pharmacy was closed all day May 4 as police investigated the homicide.

The last shooting death inside Peachtree City that resulted in a murder charge happened Aug. 2, 2019. Thomas J. Blandburg. Jr., of Jonesboro, was charged with firing the fatal shot that killed Michael Tolbert, 34, near the Woodsmill Apartments on Wisdom Road. Tolbert’s body was found the following day behind the nearby Wisdom Pointe Shopping Center.

Hyatt said one male victim was found in front of the store. That male was deceased. He has been identified as Donell Hicks, 35, of Newnan. Police said the victim was an employee of the Lexington Circle CVS Pharmacy. The store was closed today as police continued their homicide investigation.

Officers took one male offender into custody, Hyatt said, adding that the two parties were known to each other, Hyatt noted. The man arrested was Marlon C. Jones, 45, of Fairburn, Hyatt said, with charges pending.

“This is domestic related and there is no further public concern for anybody in the area. It is completely contained and isolated to the specific events that occurred at that time and nothing further,” Hyatt said.

EARLIER STORY — One person was shot to death and a second person has been arrested by Peachtree City Police in connection with a homicide outside the CVS Pharmacy on Lexington Circle on the city’s east side Wednesday morning, according to news reports.

Nobody else was hurt in the shooting that happened in the retail area across from the Publix Shopping Center and within walking distance of McIntosh High School, reports said.

Further details as they become available.