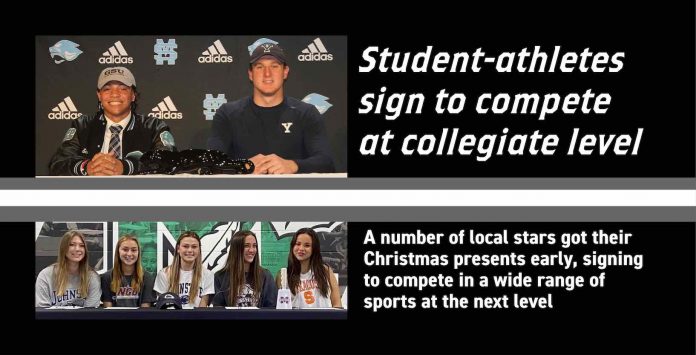 A number of local student-athletes got their Christmas presents early, signing to compete in a wide range of sports at the collegiate level over the fall semester.

Baseball had two signees: Josh Tate with the University of Georgia and Parker Childress with West Georgia.

In December, a pair of football players signed, as Marc Stampley signed with Georgia Southern, and Micaiah Shaber signed with Yale.