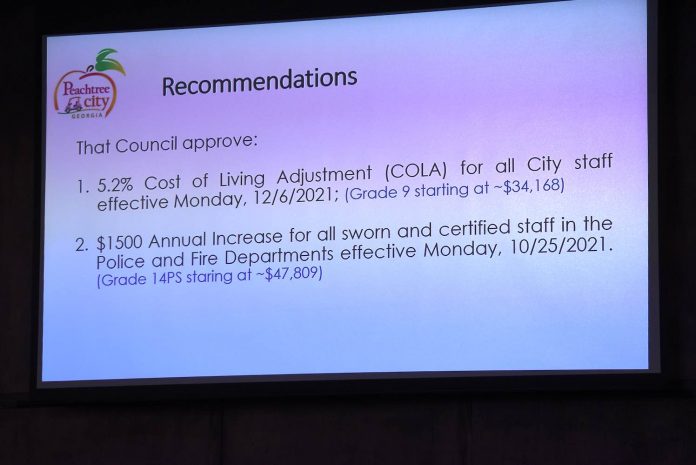 Higher pay has at least temporarily solved Peachtree City’s problem of vacancies in the police and fire departments, the City Council was told last week.

In response to dwindling applicants and increasing vacancies, the city is fighting back with higher pay for all city employees, with added bumps for public safety employees.

If you apply for a rookie cop’s slot in Peachtree City as of Oct. 25, your starting pay will be $47,809, plus benefits, according to the new pay schedule adopted by the council Oct. 7. The pay hikes make Peachtree City workers some of the highest paid among cities of its size in Georgia.

Even the bottom starting pay on the city’s roster — like library assistant, sign technician and maintenance technician 1 — start at just over $34,000 plus benefits, or over $16 an hour.

That works out to an immediate 5.2% cost of living pay bump for all city employees except police and fire. The public safety raise is 8.2%.

“This should enhance our recruitment efforts,” said Councilman Mike King.

“We don’t want to be the employer of last resort,” noted City Manager Jon Rorie. 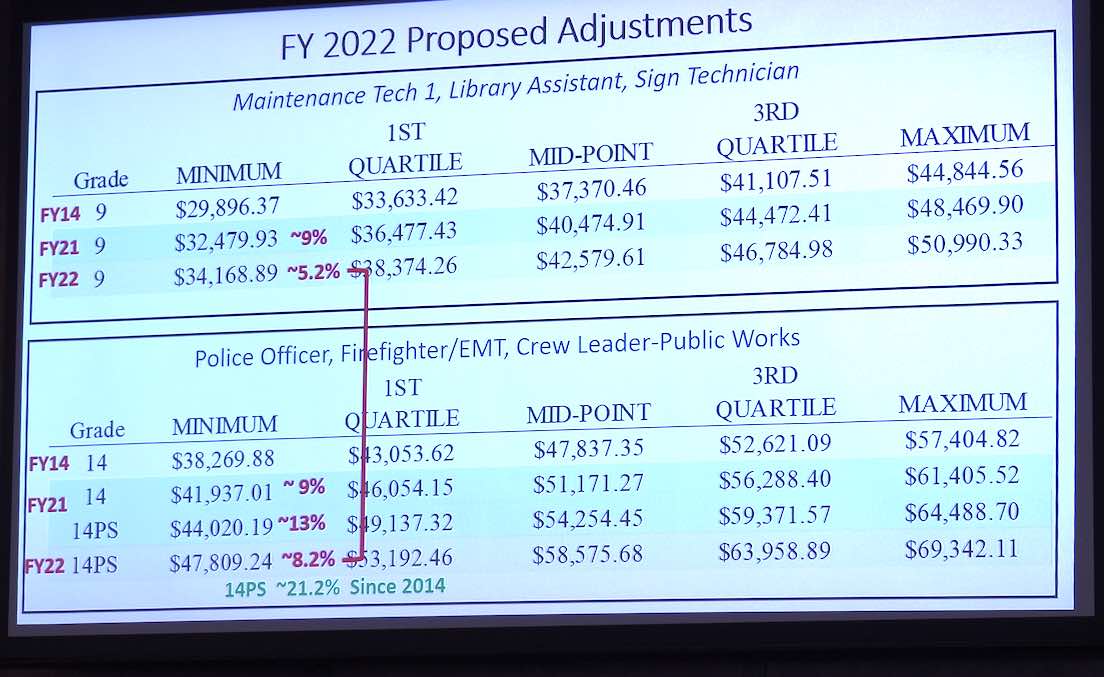