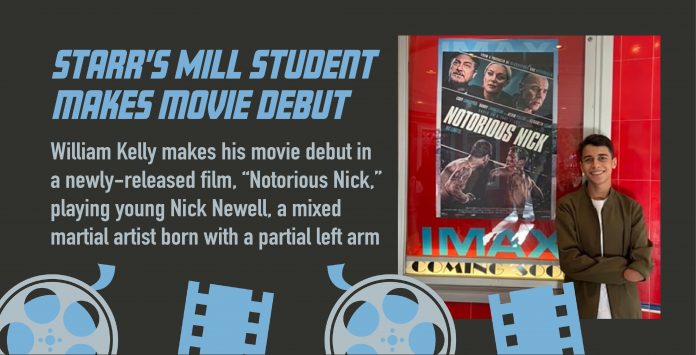 A rising star is ready to shine on the silver screen. Starr’s Mill High sophomore William Kelly is making his movie debut in a newly-released film, “Notorious Nick.”

“Notorious Nick” tells the story of Nick Newell, a mixed martial artist born with his left arm amputated just below the elbow. The movie chronicles Newell’s battles against the odds, earning a rare chance to fight for a lightweight championship with the World Series of Fighting.

“Notorious Nick” is available for purchase on most video streaming services.