With the recent St. Patrick’s Day celebrations and notions of good fortune associated with finding a four-leaf clover in mind, a local family has hit the jackpot at the end of the Irish rainbow. Here’s their story, as told by Mary Paul of Peachtree City.

The Paul children love looking for four-leaf clovers. When their parents, Mary and Ray, decided to transition their lawn in Peachtree City to a pollinator-friendly space heavily sprinkled with clover, the kids thought it was a wonderful idea.

They frequently hover over clumps of clover, melting Popsicles in hand, as they inspect them for extra leaves.

On Wednesday, March 25, Mary called the kids over to check out a clover plant that caught her eye while weeding. Nine-year-old Corbin, seven-year-old Anarah, and six-year-old Kelton came running and started counting the leaves.

They counted four, and then kept counting — five, then six. This plant had a six-leaf clover! In fact, the plant only had one standard three-leaf clover in the cluster of four, five, and six-leaf clovers.

“If a four-leaf clover gives one wish, can we make more wishes for a six-leaf clover?” Kelton asked.

After discussing the dilemma, the children decided they could make one extra wish for each extra leaf.

The kids were proud of their find, but they didn’t realize how rare it was until Mary started researching.

If you find one, the odds are high that the same plant will produce more than one, like the clover cluster the Paul children found.

Wednesday’s homeschool lessons for the Paul children included a hands-on lesson in probability and genetics with this extremely lucky find. They plan to collect the seeds of this plant to see if the parent plant will pass down this trait to new plants.

And though mom Mary Paul didn’t mention this part of the Irish legend, an internet search reveals that those who find a five-leaf clover purportedly will accrue more luck and financial success than the less-lucky someone plucking just a four-leaf variety. And since it’s on the internet, it must be … well … if not true, then at least interesting. 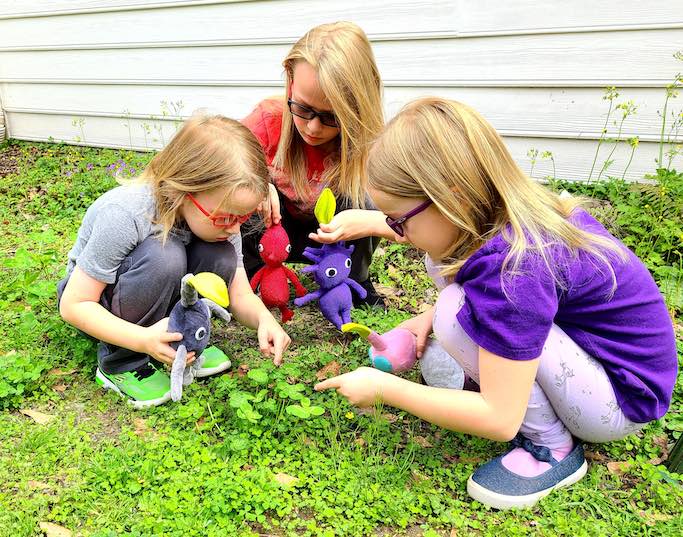