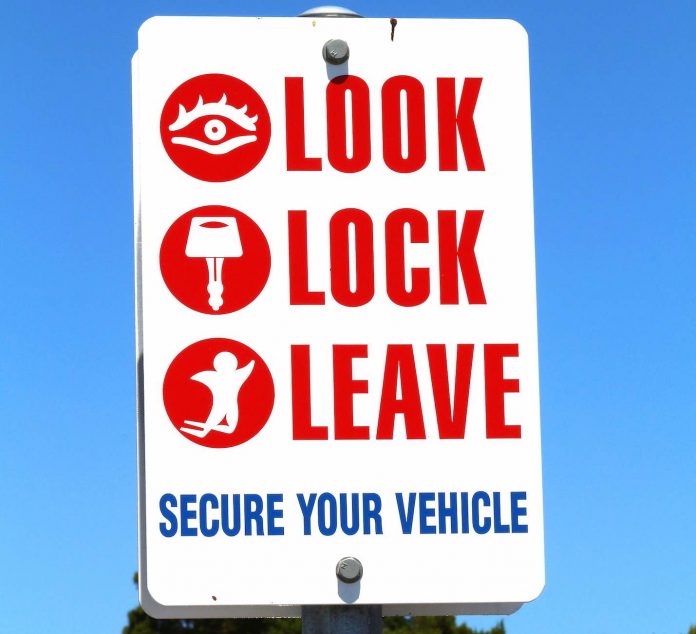 Two recent entering auto incidents in Fayetteville serve as a reminder of the ongoing advice by law enforcement agencies across Fayette County that motorists never leave a vehicle unlocked and never leave anything of value in plain sight.

Fayetteville officers on Oct. 20 at approximately 8:34 p.m. were dispatched to the office of the Fayette County Republican Party on North Glynn Street in reference to an entering auto call.

Fayetteville Police Department spokesperson Ann Marie Burdett said police met with a female complainant who reported that she was at the location for approximately two hours. The complainant stated that at approximately 8:15 p.m., she came out to her vehicle and noticed that her purse was missing from the front passenger side floor board where she left it earlier. No visible signs of forced entry were observed.

Another entering auto was reported on Oct. 19 at approximately 6:38 p.m. at Discount Gas and Tobacco on North Glynn Street.

Burdett said police spoke with the complainant by telephone, who wished to file a police report because they believed their vehicle had been entered.

The complainant reported that on Oct. 19 between the hours of 4-5 p.m. someone entered their 2000 Toyota Tundra pickup truck while it was parked at the Discount Gas and Tobacco parking lot as they went into the business, said Burdett.

The complainant stated they returned to the Discount Gas and Tobacco to ask the clerk if anyone turned in a lost wallet and the clerk responded, “No.”

No signs of forced entry were observed. The only item reported missing was the wallet and its contents, said Burdett.

When it comes to entering autos, there have been cases where the criminal shattered a vehicle window and rummaged the vehicle even though nothing of value was in plain sight. But these cases are rare, with the great majority coming, whether at home or in the community, when a vehicle is left unlocked or when valuables are left in plain sight.

And has been noted by law enforcement so many times before, just because Fayette County has a low crime rate does not mean that crime cannot or will not occur.

In another incident, a burglary was reported on Oct. 19 at a residence on Intown Place off North Jeff Davis Drive. Burdett said officers met with the property manager who reported the incident.

Police cleared the residence for security to ensure no intruders were present, and no one was found in the location. The Criminal Investigations Division and the Crime Scene Unit were called and the scene was turned over to them, said Burdett.