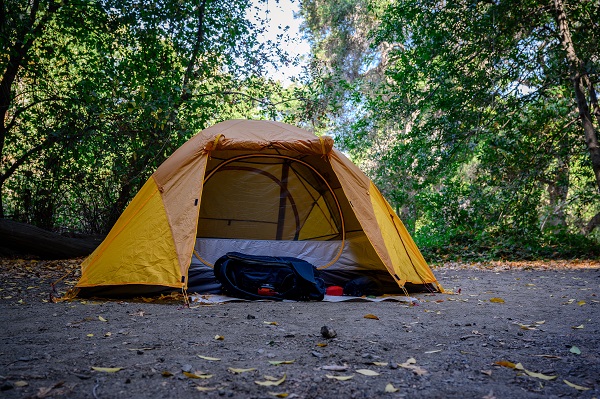 Contending for the not-such-a-great-idea award is a couple who set up a tent next to a busy cart path and neighborhood pond and then proceeded to initiate some intimate activities in the middle of the afternoon about the same time as a law officer walked by.

A couple in a tent at Huddleston Pond near Windgate Road in the afternoon hours of Jan. 4 had their activities cut short after being spotted by an off-duty deputy. That activity led to citations for indecency and the arrest of the man who was wanted on a New York warrant.

It was at approximately 2:10 on Saturday afternoon that an off-duty Fayette County deputy “observed two individuals performing indecent gestures to one another in a tent just a few yards away from the golf cart path near Huddleston Pond,” police reports said.

Asked to step out of the tent, the man said he would have to put his pants on, Peachtree City Police Department spokesman Chris Hyatt noted in the report.

The man, 23-year-old Stephen Pike, was transported to Fayette County Jail based on a warrant from New York. Pike, along with a 30-year-old female with a South Carolina license, were cited for indecency, said Hyatt.

Hyatt said it is not known if the couple resides locally, though they told officers they had been dropped at the skate park at the Glenloch Recreation Center and had walked to Huddleston Pond where they pitched the tent.