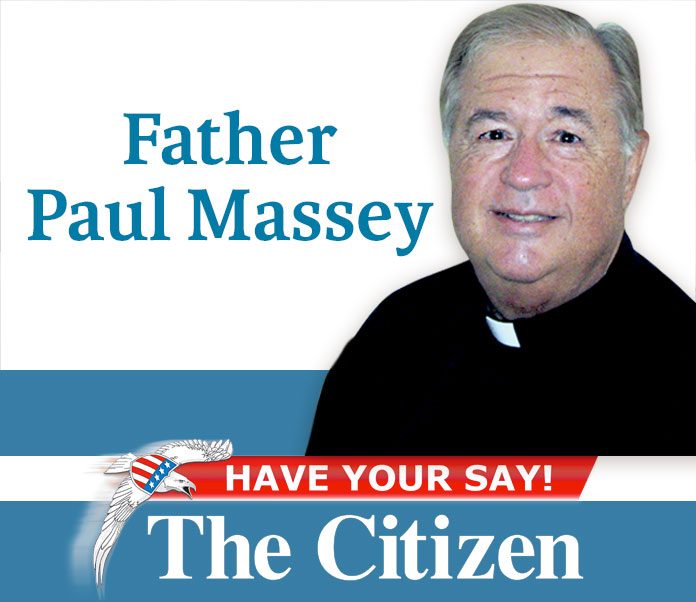 DEAR FATHER PAUL: Does God ever “regret” having done something? If the answer is yes, then how does that square with the belief that he also has total foreknowledge of everything that is going to happen in the future. In other words, why would God do something that he knows in advance he is going to regret? C. E.

DEAR C. E.: What interesting questions. The answer to your first question is yes, indeed, God does have regrets from time to time, and there are several examples of this fact in the Bible. My limited space here does not allow me to present extensive details of each Biblical example, but here are some citations that feature … book, chapter and verses in the Bible that you can examine at your leisure. Check out: Genesis 6:5-7; Exodus 32:6-14; I Samuel 15:10-11; II Samuel 24:15-16; Psalm 106:40-45.

But I do have enough space here to look briefly at perhaps the single best of these Biblical examples of God’s regrets. In I Samuel 15:10-11 God tells the Prophet Samuel concerning Saul, whom God had earlier established as King of Israel (New Living Translation) “Then the word of the Lord came to Samuel, saying, ‘I regret that I have made Saul King, for he has turned away from following me, and has not carried out my instructions.’”

So we see conclusively in this passage that God can indeed sometimes have regrets over doing a certain thing even though (as God) he had to know in advance that it would not work out.

That leads to the answer of your second question. If God knew in advance that Saul would fail to measure up as King (which he did), then why did God make him king in the first place? Wasn’t that a huge mistake on God’s part?

The answer is no, not at all. And there are two reasons why I can confidently say that. First, God’s personality and his emotions are infinitely more complex than ours and are not limited in the ways that ours are limited. God can both have regrets and repent about a decision he has made, and at the same time not have regrets and not repent about that very same decision. It is essential, therefore, that we not stop at verse 11 of I Samuel 15, but jump ahead a few verses and also read and meditate on verses 28 and 29 where God says to a remorseful King Saul, again through Samuel (New Living Translation), “So Samuel said to him (Saul), the Lord has torn the kingdom of Israel from you today and has given it to your neighbor who is better than you. Moreover, the Glory of Israel (God) does not lie or change his mind, for he is not a man that he should change is mind.”

Second, we see that a decision made by God and a later regret for that decision can sometimes happen very close together, and even IN SPITE OF God’s perfect foreknowledge. How? Because he is God and that is what it means to be God!

God is totally capable of a variety of complex thoughts and emotions that are infinitely more remarkable than ours, all at the same time. He is capable of both lamenting something he chose to bring to pass on the one hand, and almost at the very same time affirming it as wise on the other hand, or vice versa.

The closest we humans can come to understanding this ability of God can be seen in this simple illustration. Imagine that you are the parent of a 16-year-old, often stubborn, unwise and wayward teenager. You and your spouse strongly discipline him over a very serious offense. He then runs away from home and joins a cult.

He sees ALL the angles! This is how and why God can take an action which he knows in advance he will regret and yet do it anyway.

Does all this mean that if God had it all to do over again, he would have never made Saul King of Israel to begin with? No, not at all. I think he still would have! Again, God is able to feel sorrow for a decision that will cause pain, even misery … and yet go ahead and do it anyway for his own wise and eternal purposes. The Bible tells us that David, the man God called “a man after my own heart,” shortly became King and reigned Israel successfully for 40 years.

Because of this we know that when God makes a promise to us or directs us to do something, he does it with total foreknowledge of all of the future circumstances and is thus never, ever caught off guard. That means that all of his promises will stand forever according to his infinite wisdom and power.

Do you know God’s promises for you? They are in the Bible. 2020 would be a great time for you to learn them for yourself.

[FATHER PAUL MASSEY is Canon To The Ordinary to the Bishop of the Diocese of the Mid-South for the International Communion of the Charismatic Episcopal Church and is assigned to Christ The King Church in Sharpsburg, Georgia. He is a Chaplain to the Peachtree City, Georgia Police Department.]