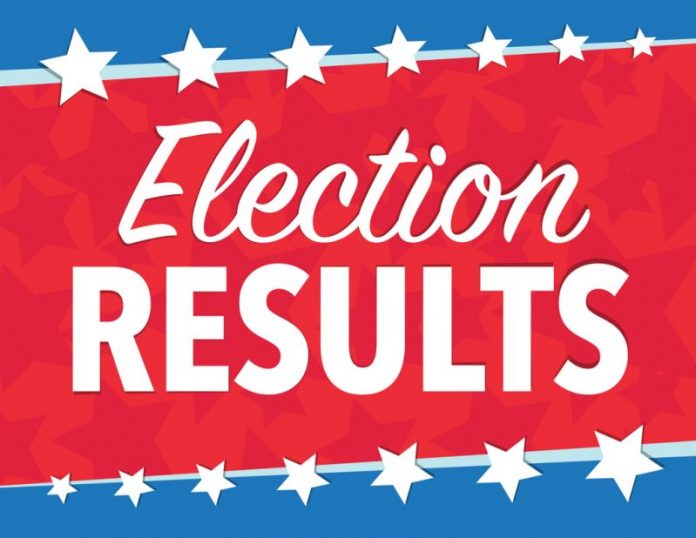 Fayetteville incumbent Post 1 Councilman Harlan Shirley has been defeated by military veteran Darryl Langford. Though it was a 3-way race, Langford tallied 50.87% of the vote total (822) to Shirley’s 34% (553). It’s an historic win, putting the second ever African-American on the Fayetteville Council. Mayor Ed Johnson blazed the trail before Langford, first as a councilman and then as mayor. Johnson was unopposed and today won his second term as mayor.

In Peachtree City incumbent Post 1 Councilman Phil Prebor won over his two challengers by a hefty margin. Prebor received 1779 votes (62%) while challengers Morgan Hallmon and Oobi Childs were far behind at 695 (24%) and 386 (13%) respectively.

Because Prebor and King won more than 50% of the votes in each race, no runoff is required.

The added votes are in Peachtree City. Post 1 incumbent Phil Prebor’s lead by been cut from 66% down to 62%, while challenger Morgan Hallmon has risen 2 points to 24%.

In the Post 2 race, incumbent Mike King’s lead has been cut 3 points and second-place challenger Steven Newton has risen 1 point.

With no incumbent running for Tyrone Post 2, Melissa Hill and Billy Campbell are running neck and neck, 43% to 38%.

Polls closed as of 7 p.m. Tuesday evening, and only the tallying remains.

Peachtree City is likely to lag the other two municipalities tonight because it has a lot more precincts involved. Tyrone has one, Fayetteville has two and Peachtree City has 16 voting places. The first tally to show up tonight likely will be the counting of the early voting.

Since early voting represents a rough random sampling of all voters within a geographic area like a city, early votes can sometimes point to the final top vote getters. Watch that tonight.

Here’s a screen shot of the final tabulations: 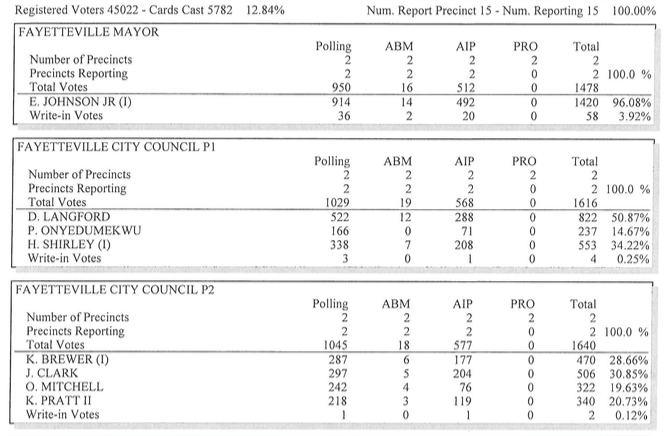 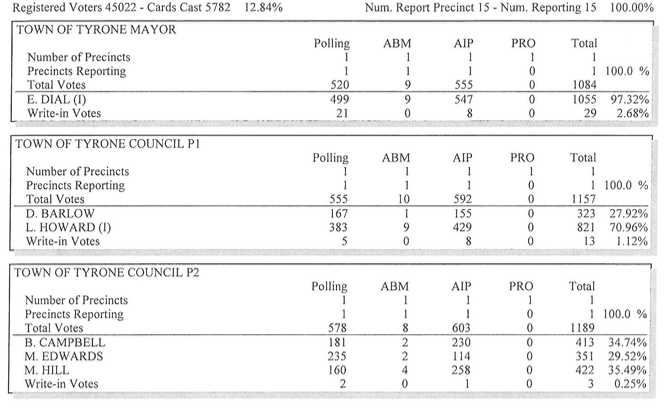