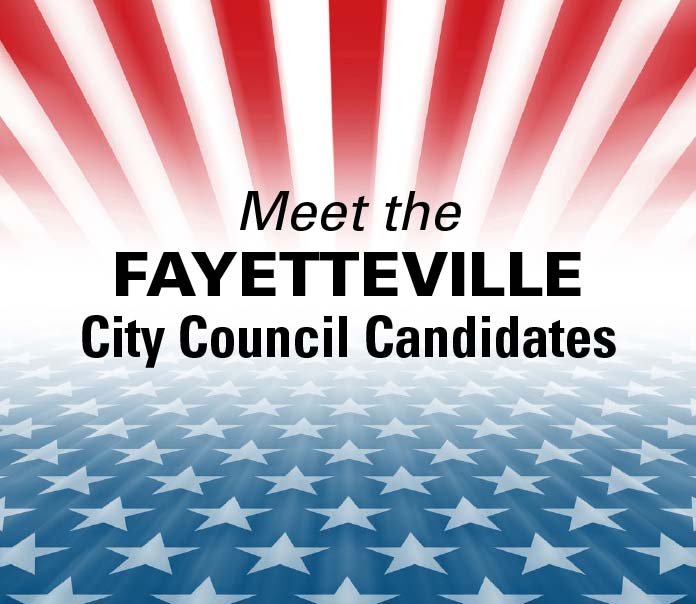 Onyedumekwu did not respond with answers to our questions.

1. Introduce yourself to our readers: Who are you, how old are you, what is your current job, what kinds of jobs have you done, how long have you been in Fayetteville and why are you running for public office this year?

DARRYL LANGFORD — I am a retired lieutenant colonel from the United States Army. I gave 28 years of honorable service to our country.

I’ve served multiple deployments and combat missions, in Iraq and Afghanistan, as a Black Hawk pilot and aviation logistician. I served as an Assistant Professor of Mathematics at the United States Military Academy West Point and as the Senior Army JROTC Instructor at Fayette County High School.

I currently serve as the associate pastor of New Direction Ministries. I have lived in Fayetteville for 12 years. I am running for City Council

• To move Fayetteville forward as a thriving city with the emphasis of retaining our young population.

• To return Fayetteville to within the top 5 cities of Georgia with the lowest crime rate.

• To improve our tax base by supporting recruitment of tech business to Fayetteville, therefore also improving employment of our citizens.

• To improve our downtown structure to be conducive to attracting our citizens for a thriving, cultural downtown Fayetteville.

HARLAN SHIRLEY (incumbent) — Hello, my name is Harlan Shirley, City Councilman for Fayetteville. I am running for a second 4-year term, expiring at the end of 2023.

My wife and I moved here from Seattle, Washington on January 1, 1980. We have been married 60 years this coming December 26. My wife and I were both born and raised in Oklahoma. We brought our two daughters, Connie and Sherri, with us as well as our son-in-law and granddaughter, Jennifer, who was 6 months old.

We decided to move to Fayetteville because of the closeness to the airport. Our family has grown from one grandchild to five. They have blessed us with a total of ten great-grand children.

I retired from Western Union Telegraph Co. in 1986 and my son-in-law and our daughters and my wife opened a delivery company called FDS Express. which grew from nothing to $2.5 million our best year.

The recession of 2007, 2008 and 2009 forced us to close down. But God is good and allowed us to stay here and see our family grow up. I then went to work at Lowe’s and spent two years as a floor salesman.

I have been a part of our city for the last four years and many changes and advancements have happened during my term as councilman. As a result I am asking for your vote on Election Day November 5 of this year.

Thank you for your confidence that I can and will work for the betterment of all Fayetteville citizens.

2. How many City Council meetings have you attended or viewed?

LANGFORD — I have personally attended approximately 5 or 6 City Council meetings but view the minutes for all meetings that I have not attended.

SHIRLEY — I have attended 96 regular Council meetings plus scores of other called meetings.

LANGFORD — My top agenda item is a more vibrant Fayetteville through infusion of tech companies, accomplishing a stronger tax base for our citizens, helping to attract younger professional population that will complement the current initiative for our downtown improvement.

My plan is to work with our economic development team to target companies that best fit Fayetteville that can invest in our community while at the same time protect the friendly, small-town atmosphere that depicts who we are today.

4. What two other issues in Fayetteville concern you the most? Please be specific about how you would approach those issues.

LANGFORD — My issues are interconnected. My first was to bring in tech companies (and other businesses that support retail, film industry and professional corporate office users as well as health services).

The first will support the second which is firmer tax base increasing the city’s wealth and ability to fund more initiatives that are priorities for the citizens of our city.

The third is retain our young population. With jobs that will be brought in from business that will be recruited through the economics development initiative.

SHIRLEY — Traffic congestion: Push to create a bypass from the downtown development.

Crime: Work diligently to create a a safe city for all our citizens.

5. What is your vision for the future of Fayetteville?

LANGFORD — I see Fayetteville as a thriving small city with cultural significance that is attractive to businesses and people of all age groups. I see an improved, family-centered city where young adults can remain and stay connected to family. I see a cultural downtown where residents can stay in Fayetteville for entertainment and dining and not have to travel outside of the city. I see a united city where neighbors look out for each other and are close due to the improved cultural scene. I see greatness for our city!

SHIRLEY — A thriving City Center for all our residents with quality restaurants and shopping area, with reduced automobile traffic due to our path way development.

EDITOR’S NOTE: Phil Onyedumekwu paid his qualifying fee and will be listed on the Fayetteville Post 1 ballot. However, although he submitted this photo, he did not reply to the list of questions above.