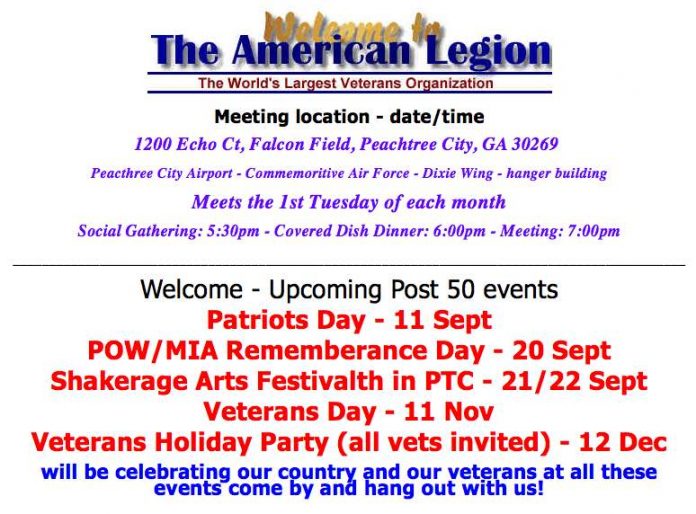 Calling all veterans — The American Legion, the largest veteran organization in the country, is currently celebrating its 100th anniversary. The American Legion has proudly promoted national defense, the protection of veteran benefits, assisted veterans and their families, and educated our children and youth on the meaning of Americanism.

September is the kick-off of our 2020 membership campaign. As we begin our second century of service, we are excited about the recent approval of “The Legion Act,” which completely changed membership eligibility. This change, now in effect, reduces all previous congressionally designated wartime periods to two: World War One (April 6, 1917 to November 11, 1918) And December 7, 1941 to a time to be determined later.

If you have honorably served at any time after December 7, 1941 you are eligible to join the American Legion.

The members of American Legion Post 50 meet at the Commemorative Air Force Hanger at Falcon Field at 6 p.m. on the first Tuesday of the month. We invite you to join us for our dinner/business meeting and to check us out.

You will find we are not your grandfather’s (or your father’s) American Legion. The times are changing. Come join us for the journey into the next century. We have plenty of opportunities for you to serve and assist our veteran families.

Fayette School Board engaged in ‘reckless’ spending of millions