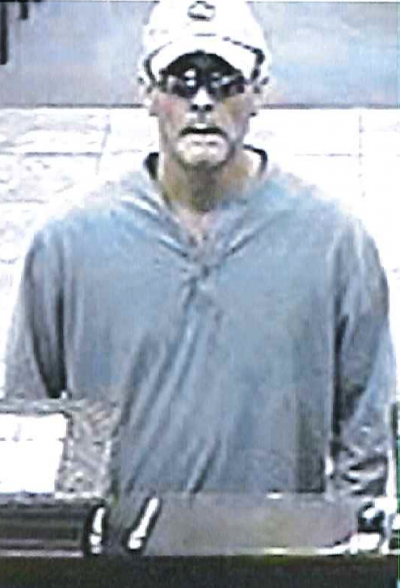 This man is being sought by Tyrone police in connection with an Aug. 6 bank robbery at United Community Bank. Photo/Tyrone Police Department.

Tyrone Police Department spokesman Philip Nelson said the subject entered the United Community Bank, walked over to Teller #2, and showed her a note stating “give me all the money.”

After receiving the money, estimated to be in the amount of $5,000 in cash, the suspect took the note back and exited the bank through the back doors, Nelson said.

Suspect was wearing a long sleeve shirt, appearing to be light blue or grey in color, a tan ball cap and sunglasses, Nelson said.