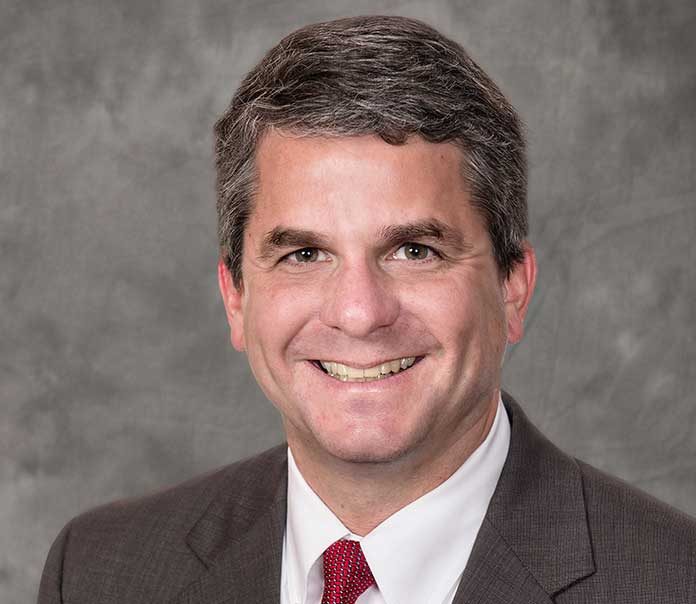 Piedmont Healthcare has named Michael Burnett, who is coming off a highly successful seven-year tenure as CEO of Piedmont Fayette Hospital, as CEO of Piedmont Athens Regional Medical Center, the system’s East Clinical Hub. Burnett, who will begin his new role on May 1, replaces Charles Peck, M.D., who has accepted a position as a managing director with Navigant.

Burnett, who joined Piedmont in 1996 and who worked as a registrar 25 years ago at the former Athens Regional Medical Center when he was a student at the University of Georgia, had notable accomplishments as CEO of Piedmont Fayette. Those include the hospital’s being named as one of America’s 50 Best Hospitals by Healthgrades for five consecutive years. He also grew Piedmont Fayette’s footprint from 100 to 282 beds with three major expansions, transitioned the hospital to fully private patient rooms and expanded the care provided to the Fayette community in all major service lines, said Piemont Fayette spokesman Michael Boylan.

During his tenure, Piedmont Fayette added and expanded vital services to the community, including diagnostic and interventional cardiology, a comprehensive cancer center, Women’s Services, which includes a Level III NICU; The Suites at Fayette, a Primary Stroke center, and the soon-to-open Piedmont Wellness Center, said Boylan.

“I’m excited to announce that Michael Burnett will lead Piedmont Athens Regional as CEO,” Piedmont Healthcare CEO Kevin Brown said. “He is an exceptional leader who has guided Piedmont Fayette to achieve the highest clinical, operational and quality standards.”

In October, Healthgrades also named Piedmont Fayette one of the 100 best hospitals in the country for critical care. Burnett has championed Fayette’s nursing practice to achieve Pathways to Excellence, the only hospital in Georgia to complete this rigorous designation by the American Nursing Credentialing Center, Boylan said.

In addition to his leadership at Fayette, Burnett has led Piedmont’s Strategic Transformation And Resource Stewardship (STARS) committee for radiology, whose work has helped to standardize the way that Piedmont delivers imaging services across the system – and has saved millions of dollars in the process.

“I’m thankful and feel very blessed that I got to serve the communities of Fayette County for the past 18 years with Piedmont Fayette Hospital,” said Burnett, who was recently inducted into the Fayette County High School Hall of Fame. “I’ll miss my friends and colleagues, but I’m excited about this next step in my career and the opportunities at Piedmont Athens Regional. Athens is an incredible community. I’m eager to return and help grow the services there and in the surrounding area.”

Burnett is a visible leader in the community, serving in numerous board and volunteer positions. He was recognized as the 2015 Outstanding Business Person of the Year by the Fayette County Chamber of Commerce and also was named by the Atlanta Business Chronicle as one of Atlanta’s Most Admired CEOs for 2017.