The initial concept for a dramatic change to the Aberdeen Village retail area property at Northlake Drive at Ga. Highway 54 that would put multi-story, luxury apartments and limited retail on the 7-acre site was a discussion topic at the Feb. 25 workshop meeting of the Peachtree City Planning Commission.

Though no vote was taken, the five commissioners each expressed concern with or disappointment about the heavy emphasis on apartments rather than a mix of many small shops and offices at street level with living spaces above.

Watkins Vice President for Development Lee Freeman told commissioners that the Bank of America and Aberdeen Dental buildings would not be part of the proposal. Aberdeen is the city’s oldest and original shopping center.

Conceptually, three of the apartment buildings would be situated along Northlake Drive, as would a retail building housing Partners Pizza on the bottom floor, the Y-Knot Sports Bar on the second floor and a deck above the second floor. Freeman said the approach for the retail would be to attract destination tenants, rather than those visited by impulse retail shoppers.

The concept called for three buildings to the rear of the property, two of which would be apartments buildings with the third being an amenity building.

Freeman said the idea is to create an avenue-type feel melded with the sense of a hometown feel.

“We’re trying to create the feeling of a street and make it work for (property co-owner) Jim Royal and his family,” said Strickland. Royal is the founding owner of the city’s landmark pizza restaurant, Partners II, which has anchored the shopping center since 1977.

The biggest concern, said Freeman, would be parking and stormwater.

While generally complimentary about the proposal, especially in terms of how it might fit into the larger downtown concept, many on the commission questioned the large percentage of apartments being proposed compared to the small percentage of retail. Commissioners also expressed concerns with traffic and the number of needed parking spaces.

Freeman responded, referencing major disruptors in the current retail market, by online merchants such as Amazon, that are changing retail dynamics. Additionally, he said, adding more retail would result in more vehicular traffic and the need for more parking spaces.

“We have to be wary of overbuilding on the retail side,” Freeman said. “And with residential, you’re seeing the urbanization of suburban markets, and it’s not going away.”

City Senior Planner Robin Cailloux at the meeting said the city had been approached about having a grocery store and a high-rise assisted living facility located on the property.

Cailloux prior to the presentation spoke briefly about City Council-endorsed potential plans to have a “downtown area” developed in the area of City Hall and west toward Ga. Highway 74. A portion of that development includes the Aberdeen Village retail area.

The idea for the potential downtown development would make it walkable, mixed-use, with public spaces and connections that would enhance greenspace.

Cailloux also noted that the city’s most recent comprehensive plan process referenced the lack of a central gathering space and the need for housing options.

The five members of the City Council attended the workshop meeting to see what was being proposed but did not participate in the discussion or make any public comments.

The proposal is expected to return to the commission for formal consideration and a potential vote.

Other views are below: 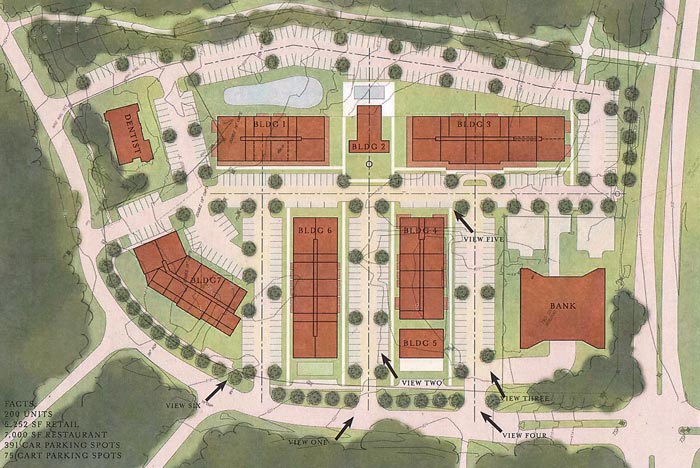 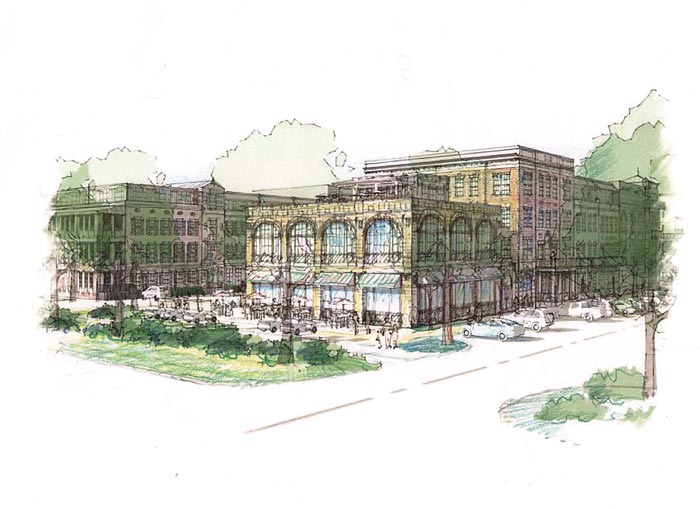 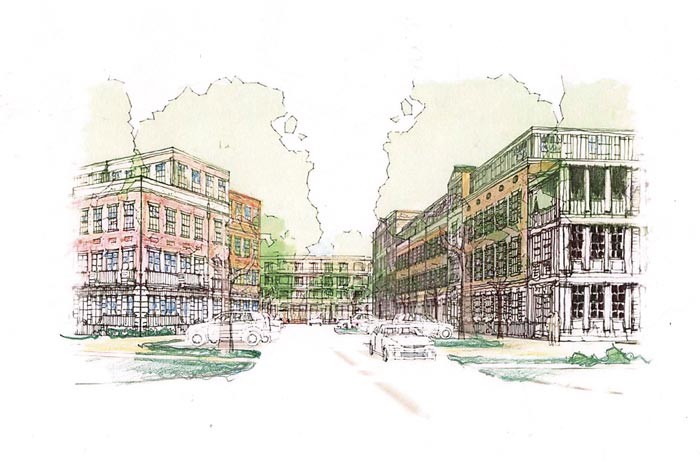 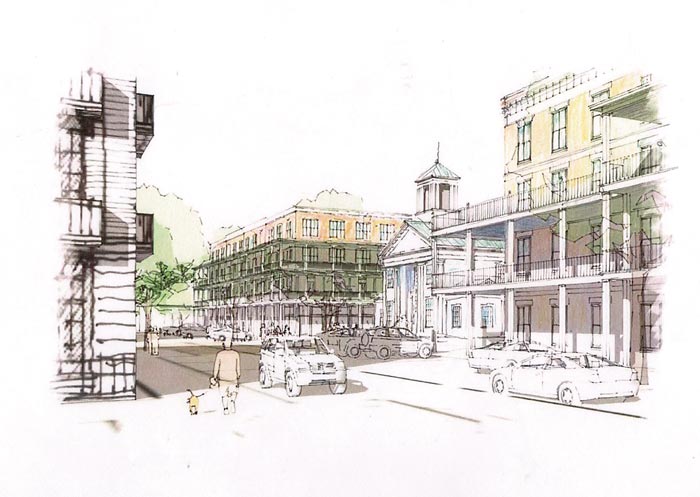 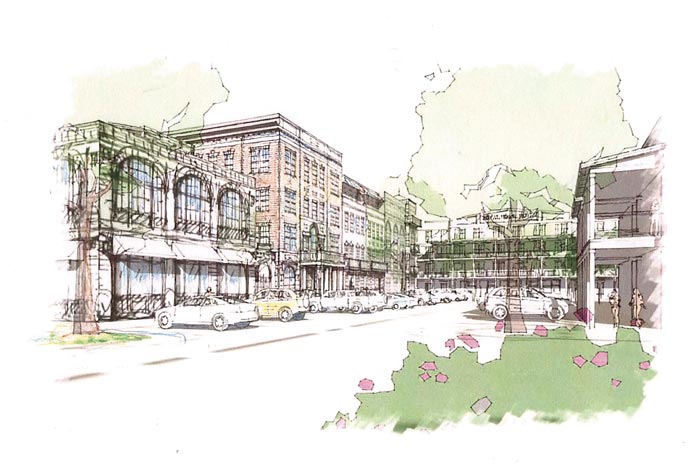 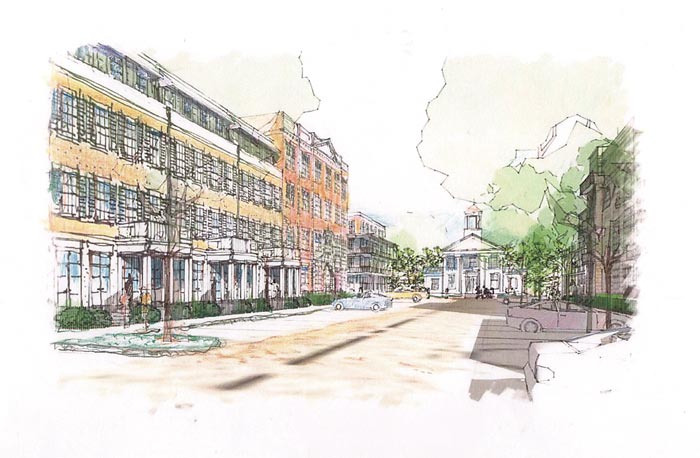