The Peachtree City Council on Dec. 6 unanimously approved an additional pay raise for its employees, along with several other budget amendments.

The city had already budgeted $278,558 in this year’s budget for a 2.5 percent cost of living adjustment, but City Manager Jon Rorie advocated the city approve $111,000 to bump the raise to 3.5 percent.

The city did not give a cost of living raise from 2015 through 2017, and Rorie said the increase would help them remain competitive with nearby governments. In a lengthy presentation filled with charts and graphs, he explained the raise would put the city’s police department on a level footing with Fayetteville. Fayetteville pays starting officers $40,425, while the increased rate would put Peachtree City at $40,004.

Rorie believes installing proactive to get the best talent.

“A stitch in time saves nine,” he said.

The city also agreed to:

• Purchase a cardboard compactor and external office space for public works for $61,000.

• Buy an ADA compliant portable restroom trailer for the athletic fields for $51,000.

The money to fund all the projects come from cash reserves, which saw an increase in $354,000 for the budget year.

In other news, the City Council:

• Approved $82,710 in bond funds to pay for replacement seats at the amphitheater. The current seats date back to 1992. 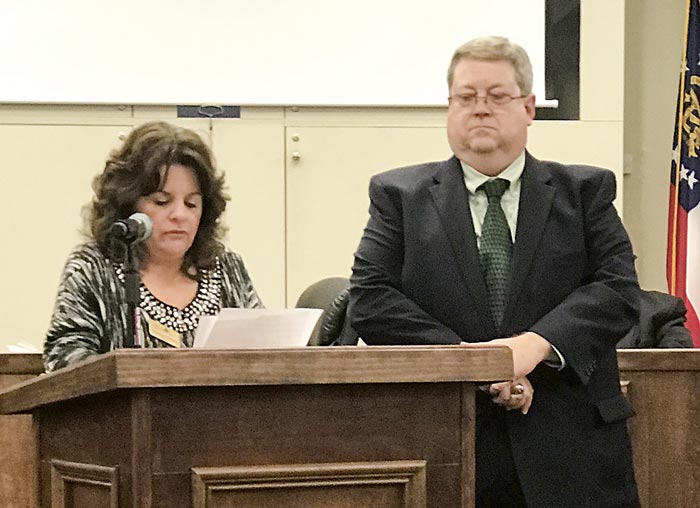