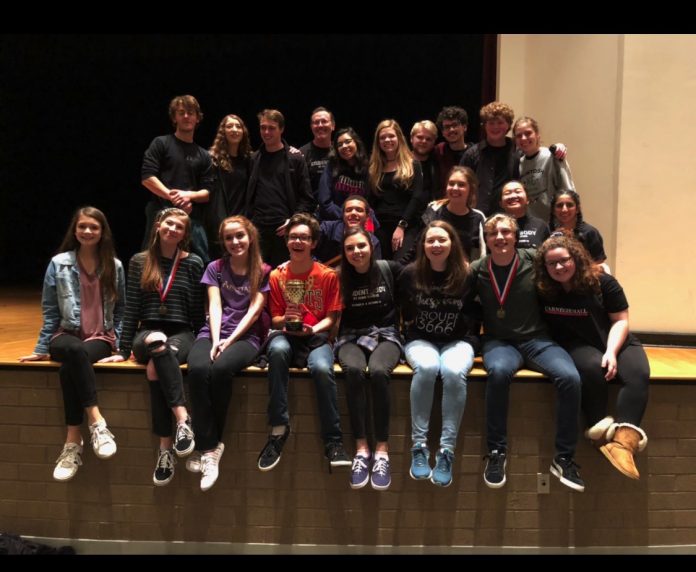 In addition to the ‘Student Body’ performances, presentations were given on some of the issues brought up in the play. Iain Hemenway & Katherine Mitchell, two cast members, stated the statistics on teenage alcohol use and the role it plays in sexual assaults. Chris Judy, Student Resource Officer at MHS, spoke on social hosting laws and parental responsibilities.  A representative from Drug Free Fayette spoke about their programs to reduce underage drinking and drug use.  Andrea Huguley, from Southern Crescent talked about the services they offer and what constitutes sexual assault.”