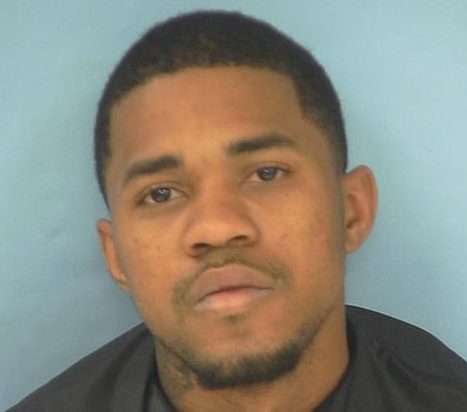 An Atlanta man in an attempt to flee charges facing him in Fayette County Superior Court on Sept. 25 fled through an adjoining courtroom, damaged property and injured officers before being tackled by an officer at the front door of the Fayette County Justice Center and taken into custody.

Ronard K. Neal, Jr., 24, was charged with felony obstruction, simple battery, escape and interference with government property, along with a bench warrant issued the previous day, according to Fayette County Jail records.

Sheriff Barry Babb said the Sept. 25 incident at the Fayette County Justice Center began when Neal was present in a courtroom on Tuesday to stand trial on previous charges such as theft and fleeing officers, for which he had been out on bond. Neal was supposed to have come to court the previous day but did not show and did not notify the court, Babb said, adding that his absence resulted in the issuance of a bench warrant for his arrest.

The judge on Tuesday instructed deputies to take Neal into custody, at which point a deputy asked Neal to step into one of the interior rooms just off the courtroom, said Babb.

It was then that Neal fled, leaving the interior room and running into the adjoining courtroom. He ran through the courtroom and damaged a door leading into the front hallway. Neal physically engaged with deputies outside the second-floor courtroom and subsequently broke free and jumped the guardrail by the steps, leaping onto the landing, Babb explained.

“He was very determined to flee the area,” Babb noted.

Neal ran to the front door of the justice center where he was met by other deputies and Fayetteville police officers. Neal resisted officers’ attempts to prevent his exit, damaging one of the doors, injuring two officers who received minor injuries and being tackled by a Fayetteville officer and taken into custody, Babb said.

Neal was returned to court later on Tuesday and pleaded to the previous charges. He was sentenced to five years in prison. He will face trial on the new charges at a later date, Babb said.

Commenting on the incident, Babb said courtrooms can become volatile locations since they are the locations where people face charges. That volatility can occur even when deputies are present.

“Everything we’re involved in has been ramped-up, including in court or jail or on the street,” said Babb. “The intensity level is higher now, with increasing intensity during the commission of crimes. We’ve always had tough calls, but we have more of them now.”

Citing an example, Babb said that, during the weekend prior to the courtroom incident, deputies responded to two gatherings where shots had been fired, responded to an incident involving a suicide threat with a handgun and aided in an incident in a neighboring county.