At least one sky-high wedding proposal among the riders

What began three years ago has turned into Fayette County’s premier annual event. Balloons Over Fayette, held June 9 at the Whitewater school complex along Ga. Highway 85 South, came with blue skies and more than 7,000 in attendance.

Above, firing up for high-flying fun — Passengers grab onto the basket rails in preparation for their hot-air balloon ascent Saturday south of Fayetteville as lines of riders await their turns. Thousands turned out for the annual county event. See story, Page A3. Photo/Ben Nelms.

County Administrator Steve Rapson said he was pleased with the number of people attending.

“Blaze (Jeffery) and all the departments did a phenomenal job,” said Rapson, also noting the large number of volunteers working the event.

“Everybody who wanted a balloon ride got a ride,” Rapson said. “And we had a wedding proposal in one of the balloon baskets.”

Balloon Meister Scott McClinton is involved in similar events across the country. He complimented Fayette County for the seamless event, one where things such as pre-paying for tickets, were put in place and where county commissioners were working the event. That is something you do not always see, McClinton added.

“This is the smoothest operation we’ve seen in years,” McClinton said of the event. “The county has been great to work with.”

Balloons Over Fayette is a true family event. Kids were everywhere, along with people who brought their dogs for an afternoon of fun.

There was much more to the 2018 edition of Balloons Over Fayette than the colorful hot-air balloons. The school grounds also included multiple inflatables for kids and a large area for chalk art.

When it came to food, there was a large variety of offerings. In total, between food and services, there were 61 vendors participating at the event.

A production of the Fayette County Recreation Department, and with the efforts of Special Events Coordinator Blaze Jeffery, the annual event went off without a hitch.

There was also plenty operating behind the scenes. Deputies were everywhere, whether directing traffic at multiple locations or mixing in with the large crowd. Also at the scene were units from Fayette County Fire and Emergency Services and the mobile command units provided by the Fayette County Sheriff’s Office and the Fayetteville Police Department.

This was the third year for Balloons Over Fayette. The event the first year was held at McCurry Park. It moved to the Whitewater school complex last year, providing a larger event area and less traffic congestion.

Below, skies overhead were perfect on June 9 for the annual Balloons Over Fayette event that drew thousands to the Whitewater school complex. “Everybody who wanted a balloon ride got a ride,” said County Administrator Steve Rapson. “And we had a wedding proposal in one of the balloon baskets.” Photos/Ben Nelms. 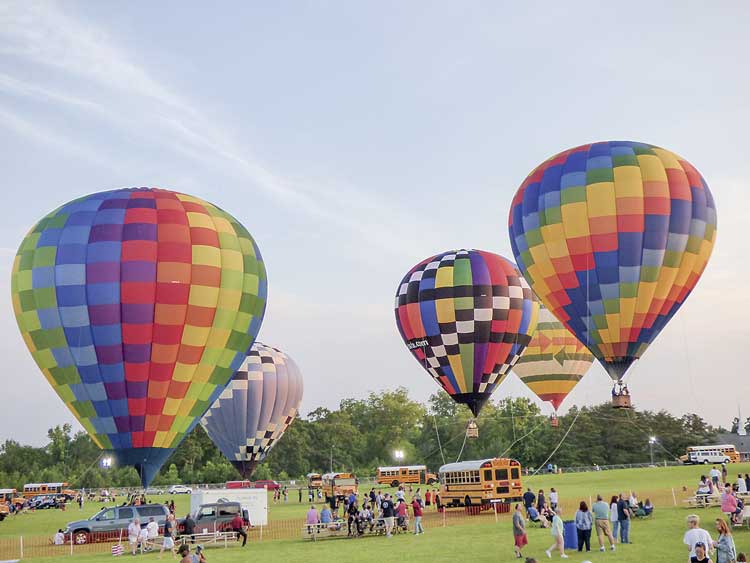 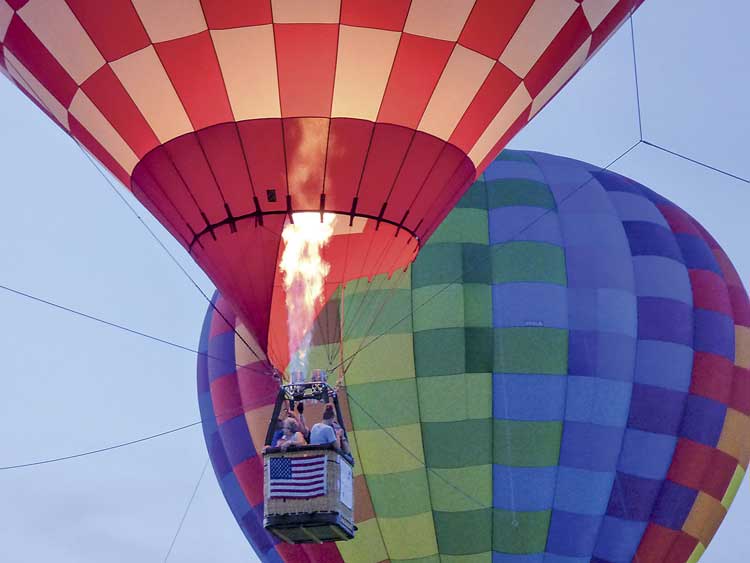 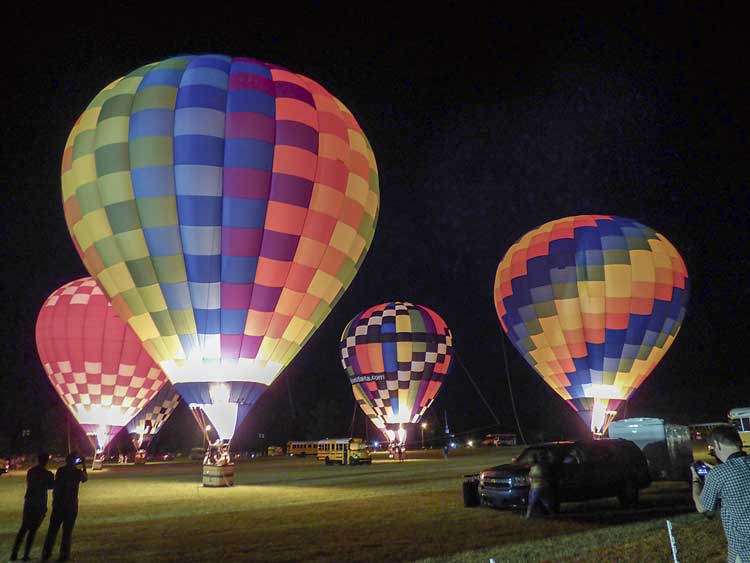