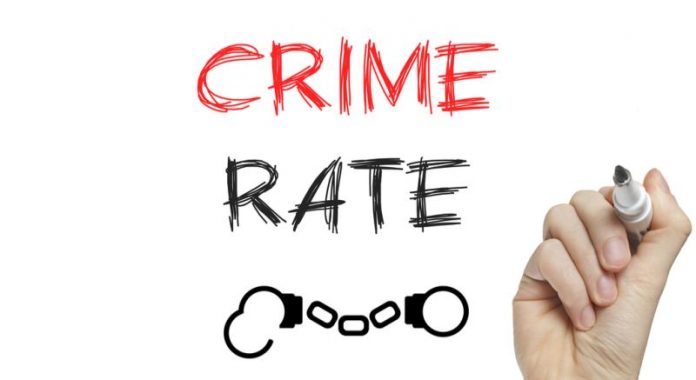 Peachtree City crime statistics for 2017 show a 10 percent increase in serious crimes, with the vast majority of those being related to thefts.

During 2017 there were 77 vehicle thefts, with golf cart thefts accounting for a large majority of that total.

Also during 2017, there were 25 burglaries, seven robberies and three cases of aggravated assault.

The greatest number of Part I crimes occurred in June and December, while the lowest occurrences came in February and August.

Last year also came with a significant increase in the theft of golf carts. There were 27 golf cart thefts in 2016 compared to 64 stolen in 2017.

Other statistical data from 2017 showed 322 domestic disputes and 48 cases of simple assault or battery, which represented a decrease from 65 cases in 2016.

Also related to traffic accidents, the largest number of accidents, a total of 89 during 2017, occurred at the intersection of Ga. highways 54 and 74.

Rounding out the top 10 accident locations were roadways intersecting highways 54 or 74.

A review of Fayetteville Police Department crime statistics for 2017 shows that serious crimes decreased by more than 13 percent over 2016. Less serious crimes increased by nearly 19 percent, with many of those representing person-on-person crimes.

Fayetteville data for 2017 showed 664 Part II crimes, up from 537 crimes, or 18.81 percent, in 2016. By far, the largest category increases over 2016 included family violence and other physical assaults, indicative of what some in law enforcement have noted in recent years.

Viewed across the calendar year, November and December came with a higher number of Part I crimes, at 54 and 58, respectively. April had the fewest Part I crimes at 25.

Part II crimes across the calendar year showed a monthly high of 114 crimes in June, followed by 106 in September. April had the fewest Part II crimes at 60.

Tyrone serious crimes up 5%, but still at 10-year low

A report by the Tyrone Police Department tracking crime statistics for 2017 showed a 5 percent increase in serious crimes and a 22 percent decrease in less serious crimes. Serious crimes continue to hover at a 10-year low.

“The truth is, Tyrone is not immune to crime, and we’ve always had, and always will have, major crime,” said Chief Brandon Perkins. “That said, this is still one of the safest communities in the state.”

The top five contributing factors to traffic accidents in 2017 were following too close, failure to yield, misjudged clearance, improper lane change and an animal or object in the roadway.