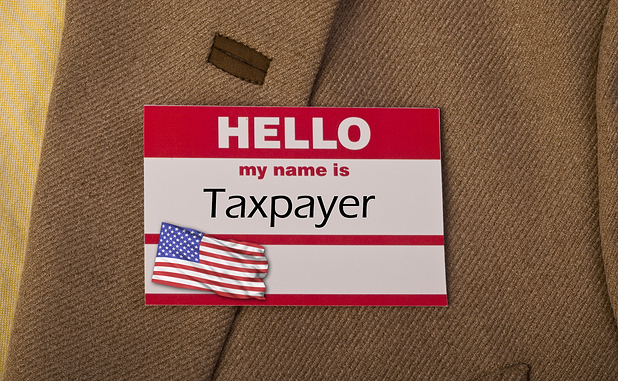 Last week we asked our readers to email their responses to property tax assessments recently mailed in Fayette County. Below are emails we’ve received since then, closing in on three dozen so far.

One thing to keep in perspective: Property owners who received little to no increases probably would not object, whereas those who got increases would be more likely to take the trouble of emailing us.

However, given the lack of statistical data from the Fayette County Board of Assessors, there’s no easy way to determine how many parcels of property went up, down or stayed the same in value.

One other note: While many below mentioned the “county” and “city hall” as responsible for their tax woes, about two-thirds of every property tax bill goes to the Fayette County School System, by far the largest consumer of tax money in this county.

Names and specific addresses were omitted for this story.

The responses below are lightly edited for clarity:

I couldn’t sell my house for last year’s assessed value, which is already 226 percent of its original purchase price, and this year’s assessed value is sheer fantasy. The county must address this issue by lowering millage rates or the tax-driven exodus from Fayette County will soon begin.

Purchased house in November 2014 for $161,000. Approximately 1,800 sq. ft., the house was built in mid 1980s. Absolutely no improvements to home until we purchased. We have completely upgraded the kitchen. All other improvements just cosmetic, repair and paint. 2015 market value of $161,000. No real choice for tax assessor (sales price match for one year) as they “had” to use sales price. Tax bill = $2,218.

Only slight heartburn over this as we did make some improvements, but truly doubt their assessment of fair market value. Decided not to fight county/city hall.

I have lived in Peachtree City for over 30 years, we are retired now and the house purchased in 2014 was our “downsize.” I have golf buddies somewhat younger who have homes almost twice the square footage in just as good a neighborhood less than a half mile from me. Their fair market value comes in around $240,000.

The state-required mass appraisal process seems to have a few inequities. I wonder if approaching the age of 65 has a bearing on fair market value. I will turn 65 soon and qualify for the senior discount on property taxes.

We have decided to move.

If anyone wants to buy our house, please bring a check for $847,100 and you can have it — including everything in the house! This assessment is absolutely insane. Houses in our neighborhood have been selling for between $400-$700K. I have already appealed.

The infuriating thing about our tax assessments is that our tax assessors were much, much slower in dropping our property values during the downturn. They are greedily rushing to raise property values quickly to boost the tax revenue rather than our community leaders developing budgets that are more conservative and able to withstand future downturns.

Mr. Beverly, thank you for shedding light on these outrageous tax increases.

One interesting point: I thought our value had gone up so much because we had our home appraised to take out a home equity line of credit. But I checked our appraisal report: Our home only appraised for $400,000 on Jan. 31, 2017. They think our home value has gone up $6,550 in the past three months. Our notice date was May 8, 2017. This is absurd. I would like more information on the appeal process. Additionally I would like to know why when using qPublic.net for Fayette County I can’t see property addresses, sell price, square footage neighborhood searches. Our county has a non-searchable PDF. On the PDF the properties are NOT listed in alphabetical order, by subdivision, nor by sale date. There is no rhyme or reason to how our county lists their records for transparent public viewing.

We also own property in Greene County and Troup County. Both of those counties and several others have ways to search for records.

The county commissioners need to lower the millage to offset most of the increase across the county. They don’t need a windfall tax collection this year.

However, my property tax increased from $3734 to $4768, an increase of 28 percent. My wife and I are over 65 and have homestead exemptions filed.

Whoop-de-do, my increase was only 13.0269 percent. I suppose I should be happy but I’m not. My fixed income retirement may have gone up scant few cents, if any at all. Then, wham, the voters dropped the SPLOST on me. Need I mention the increased tax from the Stormwater War. Or, how about the 2-times water-consumed sewer tax, on water that may not even go down the sewer. I can’t begin to count the number of increased expenses that we could redefine as taxes that the previous administration willed upon us. No, I don’t think I’m happy with that 13.0260 percent. I have appealed ridiculous increases in the past but I’m just too old to fight City Hall any longer. Now, where’s my checkbook?

That’s a freaking 24.68 percent increase in the supposed value of my house. If the county wants to buy my house for $293,500, I’ll sell it to them tomorrow!

I’m hoping that the tax assessors’ office is inundated with tax appeals. I’ll certainly be part of that flood.

Wish I would have had this assessment before they had us vote for the SPLOST.

My tax bill last year was $3,600. This year it was raised to $4,000, an increase greater than 10 percent. The funny thing is that when I purchased my home over 10 years ago prior to the downturn in home prices/value, my tax bill was only $3,100. The value of my home has recovered to what it was, but the tax bill is $900 more. Never underestimate the scope of government greed.

Up 16 percent over last year.

My increases were not as dramatic as yours, but were still significant and excessive, from my prospective as a 20-year resident.

We applied for a line of credit loan in July 2016 with a local bank.  Our appraisal came back for our home was $388,000, based on neighborhood sales. Seems the county is a year or two ahead of valuations.

I am appealing the assessment and looking into the process on the county’s website.

It may be an interesting Citizen story to review the Fayette County appeal procedures for the readers and then relate the personal experience of the actual process. Also, there are a few companies that assist in the process for a fee.

Percentage increase from 2015 to 2017 equals 46 percent. This is in 30214 where the quality of neighborhoods and shopping (Fayette Pavilion) have declined significantly. The quality of the schools has also declined according to online real estate websites like Zillow.

Loggers have devastated acres of mature hardwood forest on my street and what used to be a white-collar neighborhood is transitioning to blue-collar where my next-door neighbor, who just moved in, has an 18-wheeler cab parked in the driveway. I’m 63 and have to age in place so I’m frightened by the decline of the area.

Our friend and patriot Ben Franklin famously observed: “… but in this world nothing can be said to be certain, except death and taxes.” But you only have to die once; property tax assessment increases rarely end. Adding insult to injury, a portion of my tax bill pays the salaries for the state mandated assessors and staff.

Of course I have consistently (since 1995) appealed every assessment increase, if for no other reason than common sense telling me that my home sweet home is doing the same thing as my body, aging and depreciating annually. Yes, there will always be people who want to overpay for a house, but I consider that an irrational basis of fair market value as it skews the primary valuation tool (“comparable sales”) that assessors use.

Perhaps the assessor, instead of relying exclusively on “comparable sales” to guess at fair market value, could take into account a mortgage appraisal? But then we would have to change state law and assessors’ “best practice” protocols. How many of our elected representatives do you think have any motivation to do something as crazy as that?

Fayette got its 6-year SPLOST tax increase after spending our hard-earned tax dollars to fund a special election. Just how much more money can these folks waste? As much as we’re willing to give them.

A taxpayer in unincorporated Fayette County.

I live in Peachtree City and my neighbor that lives directly behind me just sold their house in March for $520,000. That house has a little more square footage than mine and they also have a detached 3-car garage; other than that the houses are similar and it is probably one of the largest houses in this neighborhood. My neighbor told me that their house originally appraised for around $485,000 and they had it re-appraised and that value was $520,000. Houses in this neighborhood with basements are not selling for the fair market value of $555,000 per the county. I plan on appealing my assessment this year. Thank you for bringing this out into the open.

Assessed value of the home increased $40,000 in one year and $76,600 since the 2014 assessment. I’d like to think I could sell the property for the assessed value but it’s doubtful.

Millage rates should have been decreased to keep any revenue windfalls out of the politicians’ hands, if indeed value estimates are “reasonable.” And, what about the apparent lack of impact fees on the high density, good-ole-boy developer blow-outs?

Seeing as how the chief appraiser’s excuse is the state made me do a mass appraisal, I decided to search out what order came from the gods above that commanded a mass appraisal that counties must follow. If you have some anti-eye-glazing tear drops, apply them now. The attached PDF was pulled from the state.

It would be worth the effort to read this manual from the state concerning appraisals. Many informative things to add to future articles are in it.

Instead of watching the bobble-heads on CNBC give a never-ending infomercial on buying stocks, we should be loading up on local property to maximize our returns.

It’s a modest duplex I own, built in 1998. I have another duplex next to me that has been unoccupied for almost 2 years. It’s in such bad shape I believe it will need to be torn down to the foundation.

I’m sure the value in Tyrone jumped because of the following: No elementary school, no real sewage system for all of us. Maybe it’s the cart path that added all the value. Ha!

I have sent a request form for the sales used in my appraisal.

Seeing as how the whole process is built on the “arms-length” sale of a property, let’s dig into what has been really sold in the county, not some mass-ass appraisal approach. Let’s all ask for this information. Thanks for caring. Retired in Tyrone.