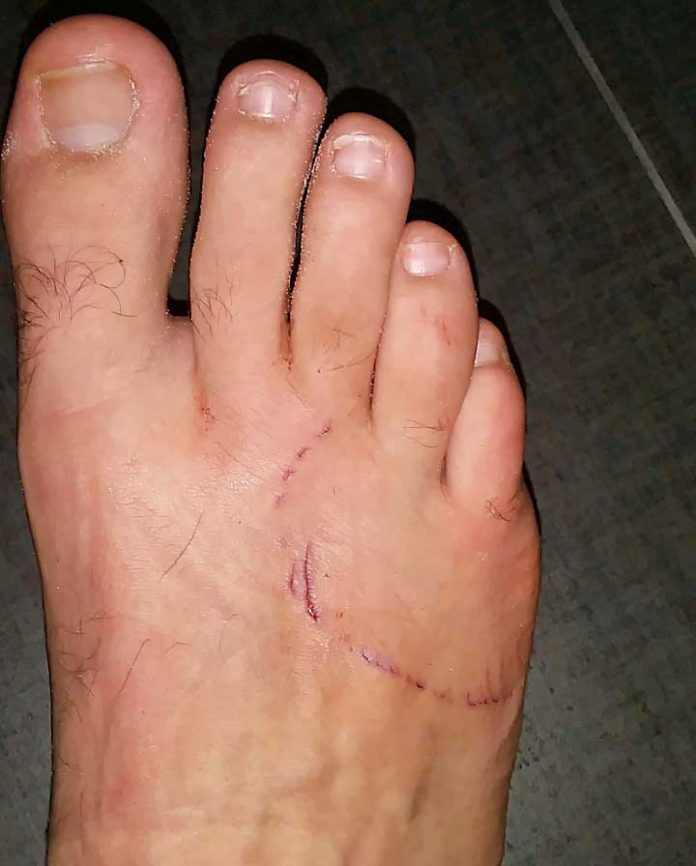 A McIntosh High School student had a close call with a small shark during spring break in Daytona. The bite on his foot had him wondering what the fuss was all about.

Peachtree City resident Tammy Stephens said her 16-year-old son Kody, a sophomore at McIntosh, was visiting Daytona with family friends when she saw on her caller ID that it was the mother calling her.

“I knew something was wrong. I took a deep breath and answered. She said Kody has been bitten by a shark,” Tammy said, also being told that EMTs were with Kody and that he would be fine.

Then speaking with her son, Tammy learned that Kody was bitten on the outside of his right foot by a small shark soon after getting in chest-deep Atlantic Ocean water at the beginning of his spring break.

“He felt the bite and got out of the water,” Tammy said, noting that EMT’s treated Kody’s bleeding foot and released him from a local emergency room.

EMTs explained that, though they could not tell the type of shark, the bite was likely the result of a “bump and run” where the fish was quickly checking out possible food sources, said Tammy.

As for Kody, “He didn’t know that all the fuss was about. He said, ‘I’m fine. It’s not like I lost any body parts.’ I told him he was very lucky,” said Tammy.