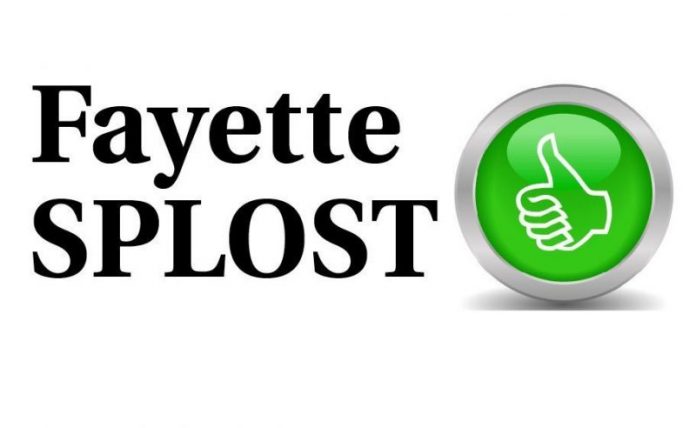 UPDATED FINAL TALLY 8:45 p.m. — Twice as many Fayette voters thought SPLOST is a good idea — or at least better than the alternative — while the NO votes went down to defeat Tuesday.

With all 36 precincts plus early voting counted, the YES votes were 5,851 (69.51%) and the NO votes were 2,567 (30.49%), according to tallies provided by the Fayette County Board of Elections by 8:45 p.m. Tuesday night. A little over 30 mailed ballots will be added to the totals by Friday, but the outcome is certain: Retail sales in Fayette County will cost one penny more per dollar beginning July 1 this year.

The new tax brings Fayette in line with the majority of Georgia counties and is expected to produce about $141 million countywide by its conclusion in 2023.

Fayette County’s government is looking to get $64.6 million earmarked for county projects. Of the total, Peachtree City is expected to receive $45.5 million, Fayetteville will get $21.1 million, Tyrone $9.1 million and Brooks a little over $693,000.

Fayette County’s SPLOST list includes 263 projects, mainly in the area of stormwater, but also in transportation, the public safety radio system, fire and emergency services and one project for the renovation of the historic mercantile building in Woolsey for use as a town hall, museum and community center.

Brooks will use the proceeds for transportation and as a set-aside for the county-managed water system.

This count brings the total vote so far to 7,025, which brings voter turnout to slightly over 9%.

Voters casting 3,752 early ballots have given the $141 million 6-year Special Purpose Local Option Sales Tax a hefty lead in what was a small turnout in the March 21 one-issue special election.

All precincts remain to be counted, but at this point chances of passage for SPLOST look like better than even.