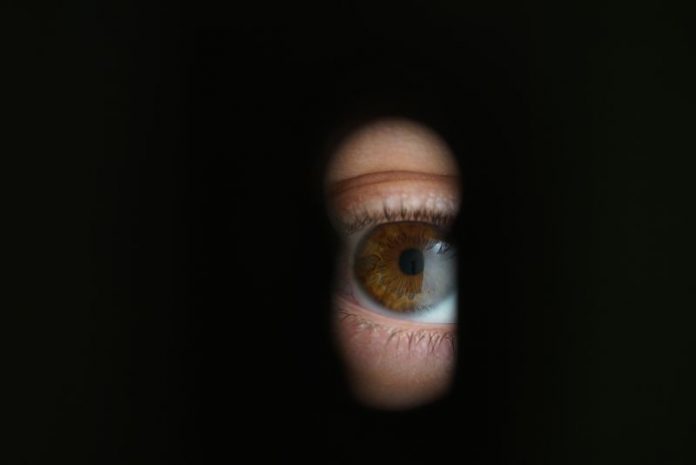 A Peachtree City man was arrested Jan. 5 on nearly two dozen counts of Peeping Tom. Police said additional charges are expected.
Matthew J. Flesher, 50, of Turnbridge Circle off MacDuff Parkway, was charged with 23 counts of Peeping Tom, according to Peachtree City Police Department spokesperson Odilia Bergh.
Bergh said that officers on Jan. 5 arrested Flesher on numerous charges related to unauthorized surveillance of women inside their homes.
“(Flesher) was initially arrested on Dec. 31 when patrol officers responded to a report from one of his neighbors stating they observed a subject in their backyard looking into their windows,” said Bergh. “Officers were able to locate and identify Mr. Flesher as the suspect in that incident.”
Flesher on Dec. 31 was arrested on charges of unlawful eavesdropping or surveillance, criminal trespass, prowling and Peeping Tom, said Bergh.
“Officers seized a video camera from Mr. Flesher’s person at the time of arrest. The Criminal Investigations Division followed up by executing search warrants on the camera, as well as Mr. Flesher’s residence, where some digital storage media was seized for evaluation,” said Bergh. “As a result of examining the video camera, an additional 23 warrants were issued for Peeping Tom. All 23 additional warrants are for incidents that occurred prior to Dec. 31 and include 23 separate incidents targeting four different victims.”
Bergh said the investigation is ongoing and further charges are expected after forensic analysis of the remaining storage media is completed.
Flesher is currently being held at the Fayette County Jail without bond.
“The Peachtree City Police Department would to like remind residents that modern technology has made home surveillance systems readily available to average homeowners,” Bergh said. “Motion sensing cameras on the perimeter of a home are an excellent way to stay aware of activity occurring on your property.”