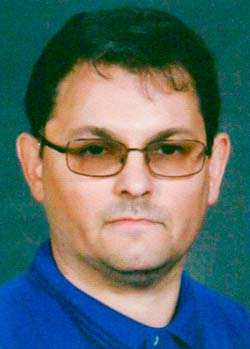 He was preceded in death by his father, Thomas Ramsden.

He is survived by his mother, Gayle Harbin; step-father, Gary Winters; step-father, Allen W. Harbin; and his brother, Chris Harbin.

The funeral service for Randy was held at 4 p.m. on Friday, December 2, 2016 in the Chapel of Mowell Funeral Home, Fayetteville, Ga.  The family received friends at the funeral home one hour prior to the service.

In lieu of flowers, the family requests donations in Randy’s memory to The Bridge Community City, 225 Willowbend Road, Peachtree City, Ga. 30296, or online at http://thebridge-cc.org/.