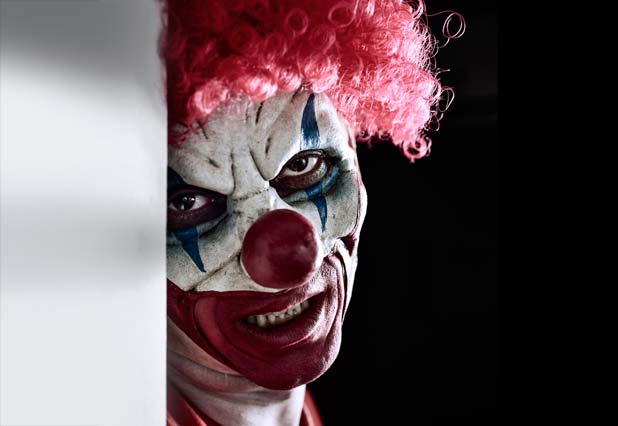 There was a time when characters like clowns brought only smiles and laughter. Those times have changed in some areas of America, one of those being Fayette County.

“We sent a letter to parents at Bennett’s Mill (Middle School in Fayetteville) letting them know that the school had been specifically named in the post, and then a generic letter to the other schools so that all parents would be aware of the post,” Berry-Dreisbach said. “We didn’t believe it to be a threat, but because it had been posted on social media and students were talking about it, we wanted to communicate with parents to let them know we were aware, and that we were taking precautions to keep their students safe.”

Bennett’s Mill parents in the Sept. 30 letter were told, “We have been made aware that there is a posting involving a group of individuals dressed as clowns referencing that they are coming to the school. This is part of a phenomenon of clown sightings that have been reported across the nation. In response to this development, there will be increased police presence today and tomorrow at the school. We have alerted law enforcement officials about the posting, and an investigation is being conducted to try to find the person or persons responsible.”

A portion of the letter to parents with children in other schools said, “We will continue to conduct school as normal. Our building faculty and staff are aware of this situation and are being vigilant of their surroundings. We want to ensure our parents and students that our school is safe. We want to clearly communicate with parents about safety issues as they arise. Please support our efforts by assuring your children that we are aware of the situation, and that we are taking precautions for their safety. Also, please talk to your children about the seriousness of such social media postings, and encourage them to report any rumors, postings or suspicious activity to the school’s administration.

Meantime, the Peachtree City Police Department on Sept. 30 posted the following advisory on its Facebook page.

“With rumors generated with recent clown sightings, we wanted to remind parents and adults alike, the importance of not participating in this sort of activity. We are concerned not only for any child that could be frightened, but also for the person who’s in the costume. Please report any suspicious activity immediately,” police said.

To date, there have been no clown sightings at any of Fayette’s schools.