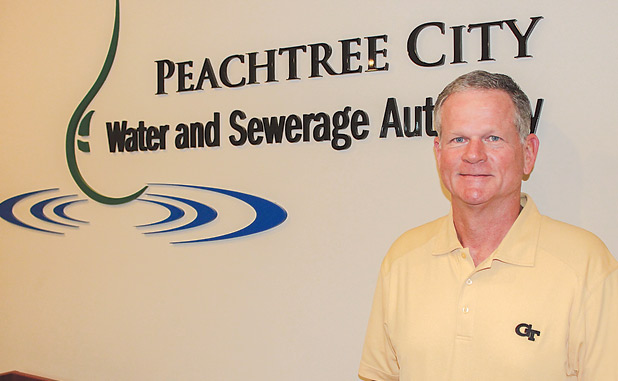 Peachtree City has a new member on the board of directors of the Peachtree City Water and Sewerage Authority. William “Frank” Ward was appointed by the City Council on Aug. 4.

Ward currently works as the Federal Programs Manager with Atlanta-based construction management company McDonough Bolyard Peck (MBP). Ward served a brief stint as alternate board member prior to filling the open seat on the PCWASA Board created by the recent resignation of Paul Gagliano.

While with MBP, Ward also served as a Senior Construction Manager and Branch Operations Manager.

A resident of Peachtree City for more than 22 years, Ward accepted a post on the PCWASA board as a means for getting involved and making contributions to the community.

After graduating from the United States Military Academy at West Point, Ward served 16 years in the U.S. Army Corps of Engineers. His military service featured a tour as the Director of Public Works at Camp Doha, Kuwait, where he oversaw the utilities and infrastructure on the military installation, including water and sewer. After retirement from the Army and prior to joining MBP, he worked as a Senior Project Manager for The Miller-Clapperton Partnership, Inc. in Austell.

Ward’s current professional and civic service includes being a Fellow for the Society of American Military Engineers.

In addition to obtaining his Bachelor’s Degree from West Point, he also has his Master’s in Mechanical Engineering from Georgia Tech. He is a registered Professional Engineer in the State of Georgia, a Certified Construction Manager, and Project Management Professional.

Earlier this year, the PCWASA board selected its current slate of officers, with Bill Holland continuing as Chairman, along with Phil Mauler as Vice Chairman and John Dufresne as Secretary-Treasurer. Wes Saunders rounds out the group of five voting Members on the PCWASA Board.