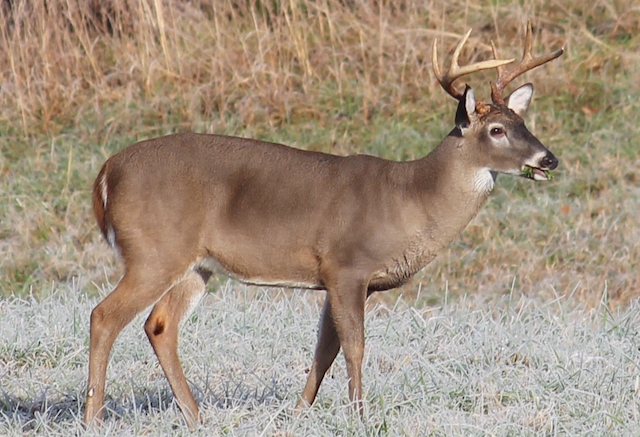 Archers will get the first opportunity at bringing home a deer beginning Saturday, Sept. 10, according to the Georgia Department of Natural Resources’ Wildlife Resources Division.

“The early part of archery season occurs before mature bucks shift into their fall movement patterns,” said state deer program coordinator Charlie Killmaster.  “With their home range near its smallest at this time of year, hunters should concentrate on food sources closest to thick cover for the best chance at an early-season buck.”

A new interactive map has been created for Georgia hunters allowing hunters to see the opportunities available for the counties they hunt. More info at www.georgiawildlife.com/hunting/deer-opportunities.

While deer hunters have utilized a deer harvest record in the past (to record the date and county of kill), beginning this deer season, all hunters on both public and private lands must record their deer on the harvest record AND report their harvest using Georgia Game Check. More info at www.georgiawildlife.com/HarvestRecordGeorgiaGameCheck.

State-managed public hunting lands are funded through a combination of state license fees and matching federal funds from the U.S. Fish & Wildlife Service’s Wildlife Restoration Program.  Hunters account for $977 million in retail sales in Georgia each year with a $1.6 billion ripple effect and almost 24,000 jobs.

Many public lands offer specialty hunts, including primitive weapons hunts, adult/child hunts and ladies-only hunts. Dates and locations for these hunts are listed in the 2016-2017 Georgia Hunting Seasons and Regulations guide. Georgia offers more than 100 state-operated wildlife management areas (WMAs) for the public’s use.

Hunters are allowed a season bag limit of 10 antlerless deer and two antlered deer (one of the two antlered deer must have a minimum of four points, one inch or longer, on one side of the antlers).  Special regulations apply to archery-only counties and extended archery season areas.  Counties in the Metro Atlanta area (Clayton, Cobb, DeKalb, Forsyth, Fulton, Gwinnett, and Rockdale counties) offer either-sex archery deer hunting through Jan. 31.  Additionally, deer of either sex may be taken with archery equipment at any time during the deer season on private land.

To pursue deer in Georgia, hunters must have a valid hunting license and a big game license. If hunting on a WMA, a WMA license is required.  Licenses can be purchased online at www.gohuntgeorgia.com/licenses-permits-passes , by phone at 1-800-366-2661 or at a license agent (list of agents available online).