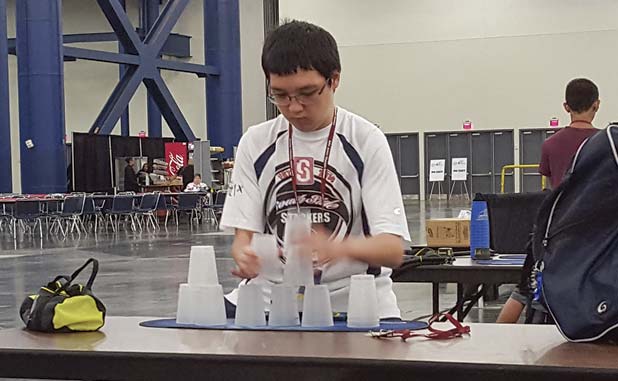 Star stacker — Daniel Chandler, a student at Starr’s Mill High School, competed at the Junior Olympics July 29-30 in Houston in the team and individual sport of speed (cup) stacking. In the team rounds, he and three other team members won third and fourth place in two different relay cup stacking events. In the individual rounds, Chandler placed ninth and tenth in the finals for the 3-3-3 stack and the cycle stack, respectively. He has been stacking since 2014 and is currently the fourth-ranked male stacker for the state of Georgia. This is his second trip to the Junior Olympics. Photo/Submitted.