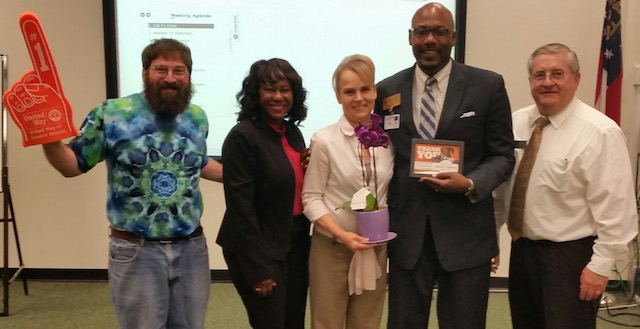 The United Way of Greater Atlanta recently named the Fayette County School System as a 2016 Excellence in Campaign Award winner.

The award is given to organizations that have increased their total giving over the years or maintained their campaign under challenging circumstances, and/or chooses United Way of Greater Atlanta as their partner of choice.

Rising Starr Middle was also honored for raising the most donations during the 2015 campaign, and received a decorated cake for all of the faculty and staff. Additionally, Sheryl Taylor, county engagement director with United Way, presented Melinda Berry-Dreisbach with an orchid in appreciation of her serving as the school system’s campaign manager for the last 15 years.