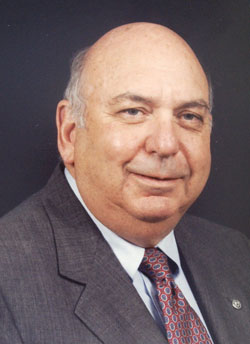 Fayette County lost a treasured son this past week with the passing of Robert “Bobby” P. Butler. His name was synonymous with the town of Brooks, and he was known to be a passionate public servant when it came to his community. With his genuine heart and outgoing personality, he truly never met a stranger. He was the quintessential southern gentleman who could light up a room with his entertaining stories of family, neighbors and travel.

He was born on July 18, 1933 in Atlanta, Ga. to parents Frank and Eunice Evans Butler. Bobby and his sister, Shela, grew up in the town of Brooks. He attended Fayette County High School, graduating in 1952. Shortly after high school he married the love of his life, Joy Thomas Butler, whom he had known since childhood.

Tremendously passionate about service to his country and community, Bobby served in the United States Army from 1955 to 1957. Following that he worked as a real estate appraiser traveling around the southeast. In 1960 he returned to Brooks and renovated the family home place where he lived until recently. His service continued as he began working for FHA and later the IRS until his retirement in 1988. After retirement Bobby returned to residential real estate appraising.

He continued to serve the Brooks community as a City Councilman for 8 years and was elected to his first term as mayor in 1981. He was reelected as mayor in 1998 where he served until 2010. He was a proud member of the Brooks United Methodist Church and was involved in several charitable organizations including Shriners International and the Freemasons. Bobby was also a member of the Brooks Volunteer Fire Department.

He was always interested in the youth of his community and was involved in coaching both baseball and football teams in Brooks. He was a Boy Scout leader for many years, and in 1971 brought the local troop to the national Scout camp in Philmont, New Mexico where they embarked on a 100+ mile trek over two weeks. An avid reader, he also had a great love of the outdoors, which he instilled in his children and grandchildren. Starting in the mid-1970s, Bobby became a runner and participated in several of the early Peachtree Road Races. His sense of humor was well known, and before being elected in 1981 he was often seen logging miles throughout Brooks in his “I Am Running for Mayor” tee shirt.

He and Joy loved to travel, and they visited the world. Their journeys touched 5 continents. They enjoyed international cities as much as glaciers and fjords. Whatever the destination, they always spoke of the interesting people they met along the way, many of whom they kept in touch with years later. They were wonderful ambassadors for the town of Brooks.

While he took great pride is his service to his country and community, he took the greatest pride in his family. He and Joy were married for 61 years and have 3 children, 7 grandchildren and 1 great-grandchild. He was very proud and was known to boast about all of them to anyone that might listen.