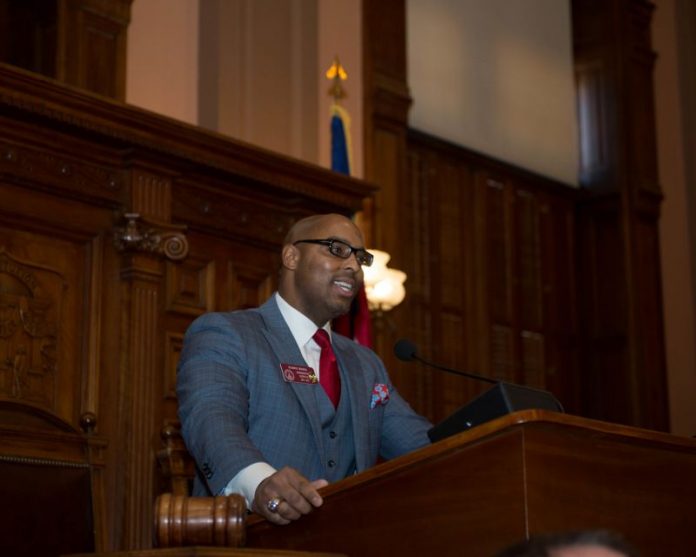 Here is a weekly update from state Rep. Ronnie Mabra.

“The House reconvened on Monday, February 22 to begin the seventh week of the 2016 legislative session. My colleagues and I had a busy and eventful week convening on the House floor every day as we worked to continue to pass important legislation in preparation for Crossover Day deadline. Now that we are more than half way through the legislative session, the days are longer; however, we are committed to passing meaningful legislation that will have a positive impact on the lives of all citizens of this great state.

“Several of my bills were  moved to their respective committees to be heard and voted upon once more to determine if they will make it out of the House on Crossover day, which is quickly approaching.

“HB 804, Fifth Judgeship to Clayton County, will add a fifth judge to the superior courts of the Clayton Judicial Circuit. The additional judge will be appointed by the Governor for a term beginning July 1, 2016 and continues through December 31, 2018. The Clayton Judicial Circuit is also empowered to appoint an additional court reporter. HB 804 passed the House Judiciary Committee and was sent to the Rules Committee where it passed after a slight modification. The House Floor voted and unanimously approved HB 804 in a 161-0 vote. HB 804 will be heading to the Senate Special Judiciary Committee.

“HB 1041, my Evidence bill dealing with mortality tables, will be heard in the House Judiciary Civil Committee. If passed the bill will revise the Georgia Annotated Code and allow the usage of the American Experience Mortality Tables, which evidences the life expectancy, in all civil proceedings where the life expectancy of a person is an issue.

“We are gearing up for another extremely busy week at the Georgia State Capitol this week. Today, February 29, we are scheduled to complete the 30th legislative day, which is also known as “Crossover Day.” Crossover Day is the last date in which a piece of legislation must pass at least one of the General Assembly’s two chambers to be considered for final passage this legislative session. The House is expected to work long hours today to ensure that key House bills see the passage they deserve to receive consideration this session. With that being said, I hope you will contact me with any questions you may have about any of the legislation we will be considering in these final days of the 2016 legislative session.

“As always thank you for allowing me to serve as your representative.”