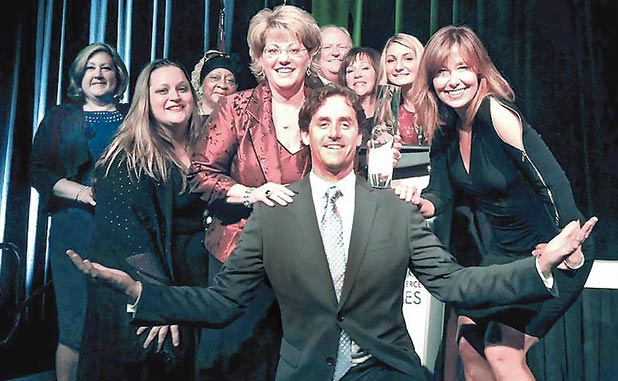 Members from the Newnan-Coweta Chamber accepted the award Wednesday evening at ACCE’s Annual Convention in Montreal, Canada. Chamber of the Year is the nation’s only award recognizing the dual role chambers have in leading businesses and communities.

Those honored with the Chamber of the Year designation have demonstrated organizational strength and made an impact on key community priorities, such as education, transportation, business development and quality of life.

“We are deeply honored and proud to have won the 2015 Chamber of the Year Award,” said Chamber President and CEO Candace Boothby. “It’s such a great accomplishment for our members and community.”

The award represents “a true team effort,” Boothby said, adding, “I’m so happy the work of our volunteers, members and staff is being recognized.”

Qualifying for Chamber of the Year is a rigorous process. Chambers compete based on meeting key performance criteria on the ACCE Annual Operations Survey. Qualifying chambers enter the competition with a written application addressing all aspects of organizational operation and programmatic work.

Applications are scored by peer chamber executives to determine finalists. Winners are selected from among finalists based on an in-person interview before a panel of experienced chamber professionals.

This year’s competition drew 33 entries from chambers throughout the U.S. To ensure the fairest competition, applicants are grouped into five categories based on: annual revenue, membership, area population and several other factors.