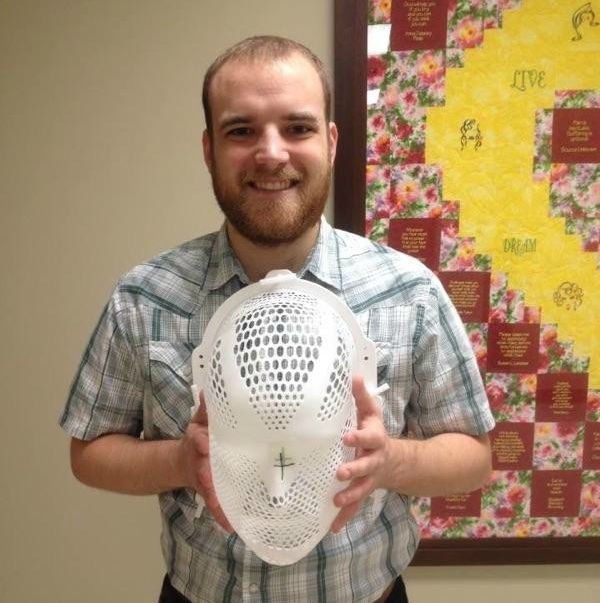 Last month, Chad Flora of Peachtree City celebrated his birthday with a new appreciation for 25 years of life.

It was just after his birthday last July that a simple eye exam led to a yearlong fight to treat brain cancer. Piedmont oncologists certified by the MD Anderson Cancer Network were able to treat Flora here in Georgia where friends and family were better able to support him on his cancer journey.

“The funny thing is, I am the only person with perfect vision in my family,” Flora said. “But I decided it wouldn’t hurt to go in for my yearly eye exam. My optometrist saw a shadow in my eye and suggested I see my doctor and get an MRI to be on the safe side.”

For about six months prior, Flora had been struggling with his junior year at college. His grades were falling and constant headaches and nausea kept him from enjoying time with friends. He had lost a lot of weight and simple tasks like eating or brushing teeth made him nauseous.

“When they told me I had a cancerous brain tumor, they were both thoughtful and informative,” Flora recalled. “But I think I surprised the doctors and social workers with my happiness at the diagnosis. I know it sounds odd, but I was just excited to know what was happening in my body that made me feel so sick.”

“Chad had a type of brain tumor called ependymoma,” said Dr. Chandler. “Being part of the MD Anderson Cancer Network, we have immediate access to an enormous amount of data on this specific cancer and the availability of direct consultations with MD Anderson colleagues across the country.”

Flora’s treatment began with surgery performed by Dr. Chandler to remove the tumor, followed by a customized radiation therapy directed by Dr. Ebeling and delivered close to home.

“After a successful surgery, we consulted our MD Anderson colleagues and were able to modify radiotherapy in a way that made it significantly safer for Chad,” said Dr. Ebeling. “This kind of customized care is possible thanks to years of MD Anderson research and data from cases similar to Chad’s. These evidence-based protocols are helping him achieve a full recovery.”

A few days after his July 2014 surgery, Flora was at home recovering, surrounded by family.  Several months of radiation treatments followed, but he was just happy to eat without getting sick. Coming up on a year since this all began, Flora says the experience has been enlightening.

“It’s hard to be a good patient when you have cancer,” Flora admitted. “But everyone I came into contact with at Piedmont was so very kind, and I have never seen such service. With their help and my family close by, I was able to remain positive and trust in God. I have a lot more appreciation for my life, knowing so many people love and care about me.”